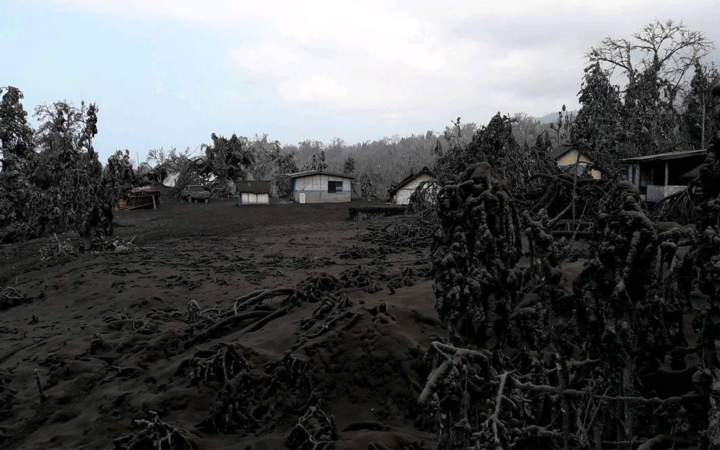 Last week the government announced the mandatory evacuation from the island to neighbouring Maewo because of continuing ash fall from the Manaro volcano.

The volcano has been erupting intermittently since September but started throwing out more ash two weeks ago, prompting a lift of the alert level to three.

The NDMO official on Ambae, Manson Tari, says the of ash is making life increasingly difficult for residents on the island.

"Everywhere we have ashes. In our houses, in the offices and there is dust everywhere, so when the vehicles [pass by] and the winds blow it created dust storms. So it's very, very bad here at the moment."

This week Australia announced it was giving Vanuatu $US1.5million in assistance to help evacuate and resettle people escaping Ambae's volcano.

Canberra said its assistance will help pay for evacuating the 10,000-strong population on commercial vessels.