The Samoa Rugby Union has a staff member on the ground in San Francisco supporting sevens player Gordon Langkilde, who remains in police custody.

The 22 year old was charged with felony, aggravated assault and felony battery causing serious bodily injury after being involved in an altercation following Samoa's World Cup defeat by Wales on Sunday. 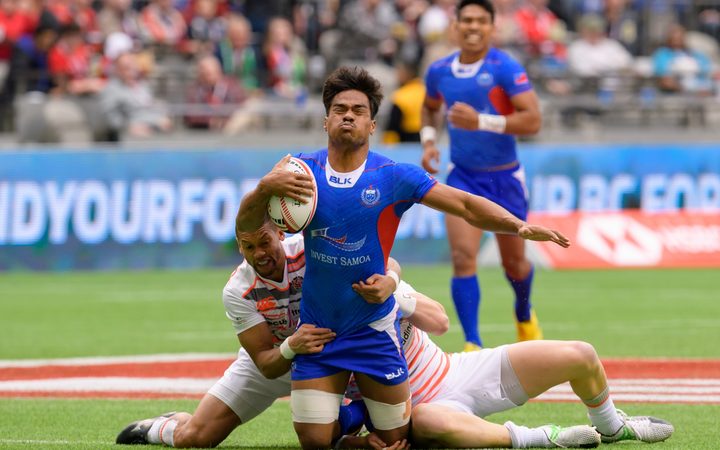 SRU High Performance Unit General Manager Zane Hilton said they do not condone such behaviour but remain focused on supporting the player and his family as the legal process plays out.

"We obviously are disappointed by what has happened. It certainly overshadowed the rugby that happened on the field, being that our boys certainly played some really good rugby, and what we're currently doing at the moment is looking at working hand in hand with the (Pacific Rugby) Players' Association and (CEO) Aayden Clarke's been a huge help there, working hand in hand in how we can really support both he and the family," Zane Hilton said.

"Obviously the family are local here in Samoa as well as there's relatives over in the States at the moment so making sure we're keeping them abreast of everything that's happening as well as making sure we can support he and the family right throughout."

Zane Hilton said the team manager has remained in San Francisco to support Gordon Langkilde and is keeping everyone up to date.

"The last thing we were going to do was leave him there by himself. Peter Paulos is our team manager who's currently on the ground in the States, who has stayed with Gordon. The team however has obviously returned back here to Samoa last night. So with Peter our team manager stayed on the ground there is completely abreast of everything that's going on and looking to support him however he can," Mr Hilton said.

He however declined to comment on what exactly happened in the tunnel between Langkilde and the Welsh team but the SRU Chair, Prime Minister Tuilaepa Sailele Malielegaoi, said he understood the player bloodied three Welsh players' faces.

Mr Hilton said the SRU will conduct their own investigation in due course.

"I think at the moment it's a little too early for that, to be fair. We pretty much need to let the legalities run their course and again once that all happens we will obviously make our own investigations. Our major focus at the moment is making sure we support him and his family through this. Those type of things and investigations of our own can happen later on. Our number one priority is to make sure we can get him home."