The Papua New Guinea Hunters first ever match in Lae has come at the perfect time, according to head coach Michael Marum.

The defending Intrust Super Cup rugby league champions will take on the Norths Devils in front of a sold-out crowd of over six thousand fans at the Lae Rugby League ground on Sunday, as part of the competition's 'Country Week'. 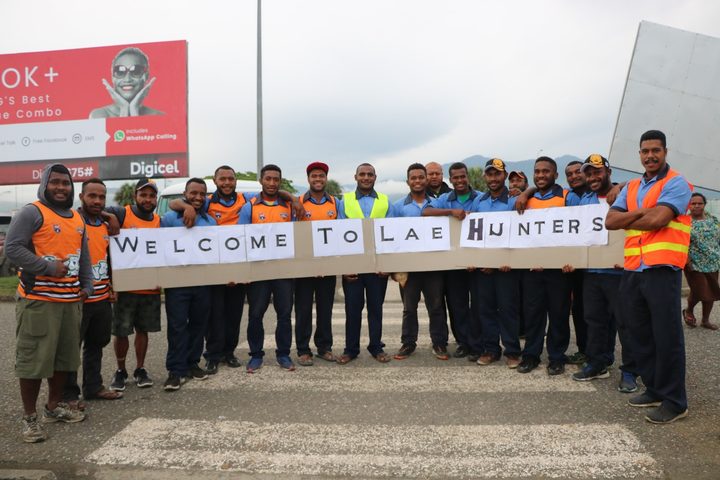 The team is in the middle of a five game home stand and Michael Marum said a change of scenery was just what they needed.

"It's probably good for us. We've always been in Port Moresby and getting the team away from the city gives us the opportunity to go out and see...the rural areas.

"Everyone's been looking forward to this trip - it's the first time in five years we've taken a 'Country Round' Hunters game from the normal venues," he said.

It will be something of a homecoming for former Lae Snax Tigers players Willie Minoga and Charlie Simon, while Stanton Albert replaces the suspended Rhadley Brawa in the second row, in the only change to the starting side.

The Hunters team have not managed back to back wins since the end of May and are coming off a crucial victory against the Northern Pride, which kept them within two points of the top six.

The Devils are on a three match winning streak and Marum said they will need to lift their game.

"We were good last weekend but we know we need to get better again this week," he said.

"[The] Norths Devils had another big win last weekend so they're fired up and they want to maintain their place in the top six."

Meanwhile the Lae Snax Tigers take on the EPG Enga Mioks in the curtain raiser in Round 16 of the Digicel Cup. 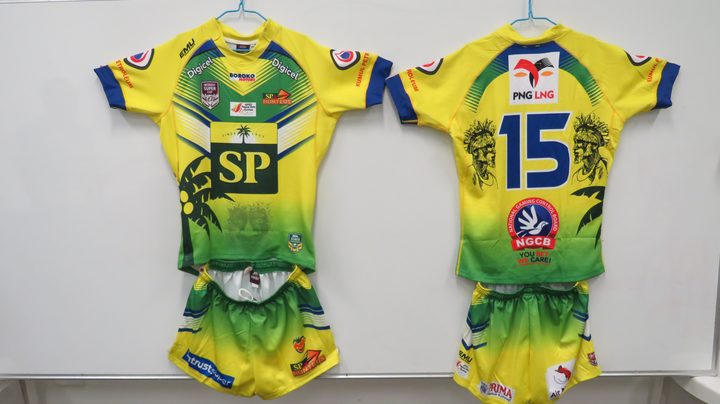 The PNG Hunters will be wearing specially designed jerseys and shorts for the Country Week match in Lae. Photo: Supplied/PNG Hunters