A group behind plans for a floating island in the Pacific has raised around $US1.4 million worth of a cryptocurrency towards the project. 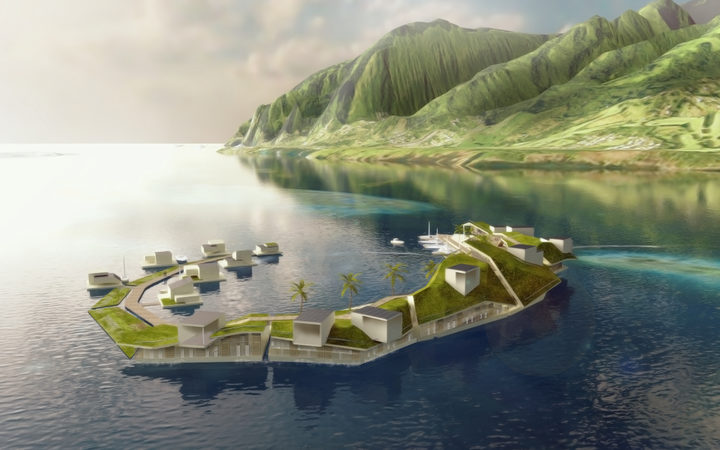 Blue Frontiers had struck an initial deal for a man-made island in French Polynesia but has had to reassure backers that's still on the table after local opposition.

It has created the cryptocurrency Varyon to power the economies of any future floating cities, and has minted a total of one billion units.

Blue Frontiers says the public presale for Varyon, which closed yesterday, raised 3,100 units of the cryptocurrency Ethereum, which converts to $US1.42 million at the going market rate.

The company is also offering $US100,000 in prize money to anyone who can secure a concession from a government to host a floating city.

A map shows entrepreneurs from French Polynesia, the Cook Islands and Vanuatu are among those participating in the competition so far.