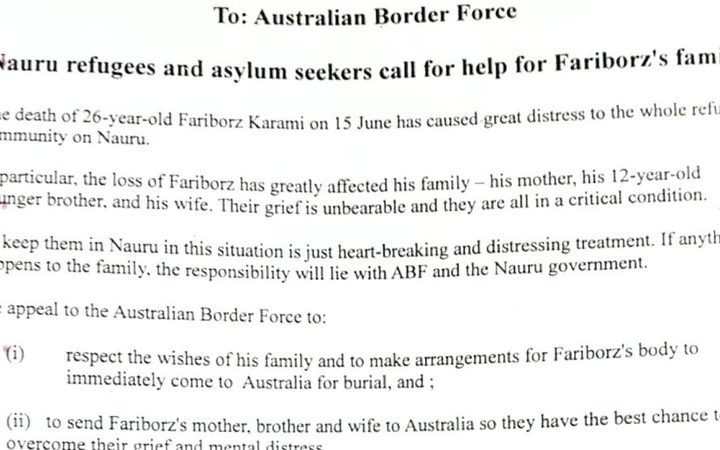 A segment of the petition presented to the ABF on July 1 Photo: Supplied / Refugee Action Coalition

Over 200 refugees and asylum seekers have signed the petition which is circulating in Nauru's refugee camps.

The petition was presented to the Australian Border Force on Sunday, after the government ignored calls by Mr Karami's wife for his body to be brought to Australia.

Ian Rintoul from the Refugee Action Coalition said the complete lack of concern from the Border Force for the wishes of the family was causing anguish and distress for the family and the community on Nauru.

Mr Rintoul said the government has a particular responsibility for Mr Karami's death and the welfare of his family.