Tropical cyclones are slowing down and dumping more rain on places they hit as a result of climate change.

The research, published today in the journal Nature, measured cyclones from 1949 to 2016 and found that the speed at which they move has slowed by 10 percent worldwide. 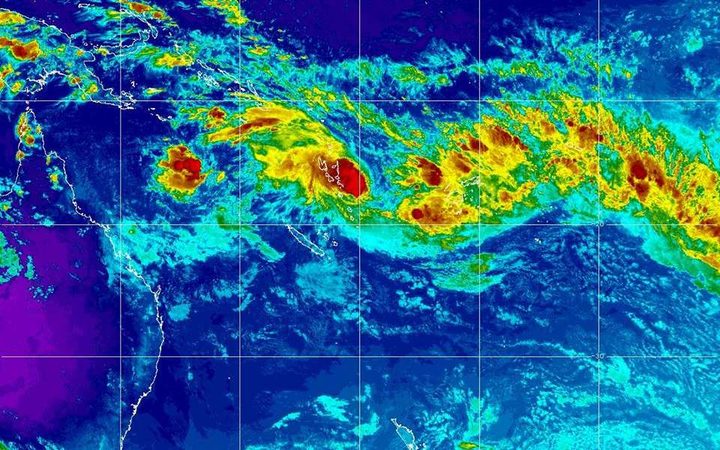 A satellite image shows the cyclone, which will be named Kala when it forms, brewing in the ocean to Fiji's west. Photo: Fiji Meteorological Service

James Kossin's study focuses on what's known as translation speed, which is how quickly a storm moves over an area, such as from Vanuatu to Fiji, rather than its wind speeds.

Dr Kossin's research showed that over the past 68 years, cyclones have slowed by 10 percent globally as the planet warms. That means, they're sticking around for longer.

In this region, it's been even more dramatic.

In the western north Pacific, the slowdown's been 30 percent; in the 'Australian' region it's 19 percent.

Dr Kossin said more rain was also falling during cyclones, and there was evidence that tropical cyclones were migrating more towards the poles.

He said beyond the changes in regularity and intensity of cyclones, their very 'behaviour' was being affected by climate change.