This year's referendum on independence from France is a chance to turn a new page on New Caledonia's past, a Kanak journalist says.

The referendum is to be held in November, more than thirty years after a boycotted poll and subsequent violence which led to the Noumea Accord.

The agreement has allowed gradual steps towards independence to be finally decided this year.

A 98 percent majority voted in favour of staying with France in the 1987 vote which was boycotted as the indigenous kanaks waged a campaign for independence.

Violent conflict continued including the Ouvea hostage crisis when 19 Kanaks and two French soldiers died but the 1998 Noumea Accord allowed gradual steps towards independence to be finally decided this year.

Andre Qaeaw of Radio Djiido said as the next referendum approached, the media had a role to play in keeping conflict at bay.

Speaking at this month's Pacific Islands News Association conference in Tonga, he said the situation did not need to be portrayed as confrontation between France and the Kanak people.

"People are influenced by (the) media. Plenty of media talk about the events as a confrontation - France against Kanak people or Pacific Ocean people.

"What we are trying to do is show that we can change.

"We can also say that during the First World War, the Second World War, oceanic people, they fight together with Australia, New Zealand and (the) French. So we have a common heritage so we are not obliged to be always in the binary confrontation point of view." 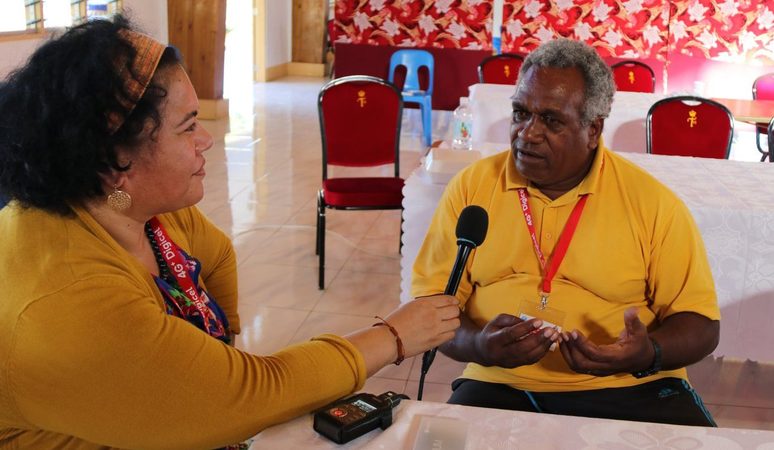 Some politicians were inciting divisions, he said, but his people did not want to relive events like those of 1998.

"We have to prepare the new generation," Mr Qaeaw said.

Pacific means peace, he pointed out and all people belonged.

"The Kanak people say we need to do better, to share and to think not only towards Noumea, the capital.

"We have 300 tribes. They don't have water, they need school, they need education and health.

"Pacific islanders, we just need that respect," he said.