Scientists are warning this morning's explosive eruption on the summit of Hawaii's Kilauea volcano could be the first of many.

The eruption sent an ash cloud spewing more than nine thousand metres into the air and residents were put under an ash fallout alert. 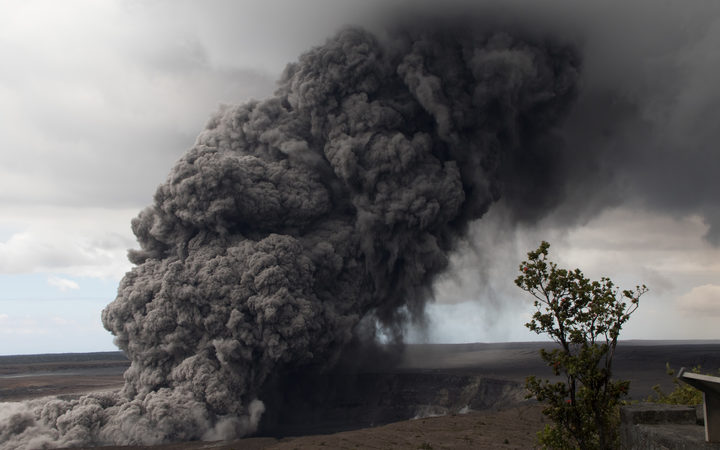 Michelle Coombes from the US Geological Survey said while it was a powerful explosion, it was short-lived.

"Ash fall was pretty localised to volcano village area and volcano national park. Trace amounts of ash in that area. So a big event that got people's attention but not with widespread impacts," Michelle Coombes said.

Michelle Coombes said the eruption had temporarily relieved some pressure in the volcano but there may be more, larger powerful events.