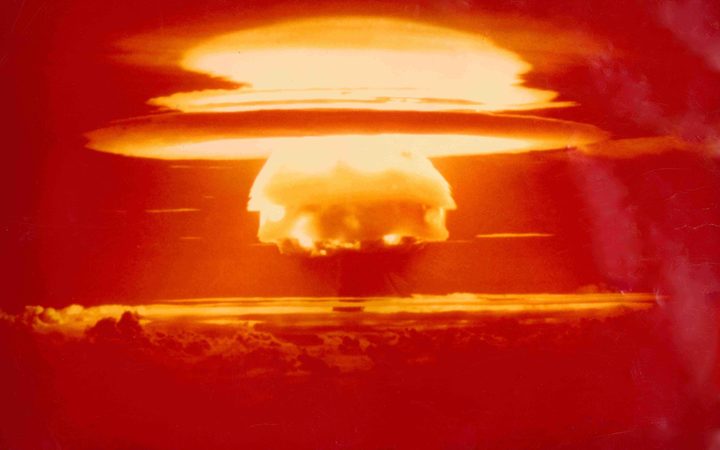 The director of the International Disarmament Institute at New York's Pace University, Matthew Bolton, said the United Nations Treaty on the Prohibition of Nuclear Weapons, which was signed by 122 countries last year, required rehabilitation and support for those affected.

None of the nuclear countries - including those who tested in the Pacific - have joined the treaty, and have instead opted to boycott the process through which the treaty was discussed and negotiated.

Dr Bolton recently traveled to Kiritimati Island in Kiribati, where the British tested nuclear weapons in the 1950s. To this day, Britain insists protective measures were taken and that the tests were clean.

But Dr Bolton said there's a lot of evidence that that is not the case, with many stories of people with high rates of cancer and other health and genetic issues, but a lack of data made their case difficult.

"To help the people of Kiribati know better the situation they're in. There needs to be proper environmental studies and public health studies and monitoring."

Dr Bolton said that decades on, people there were still dealing with health and psychological effects from the tests - but had received little support.

"It's a scandal, it's a travesty that the deep seated racism of Britain, the US and France imposed the costs of their nuclear programmes on indigenous peoples and people they had colonial control over," he said.

"Now we have a kind of normative framework [the treaty] to deal with this and so all of us need to chip in."