The former vice chancellor of Papua New Guinea's Unitech will seek leave from the National Court to retrieve his original PhD certificate from Italy. 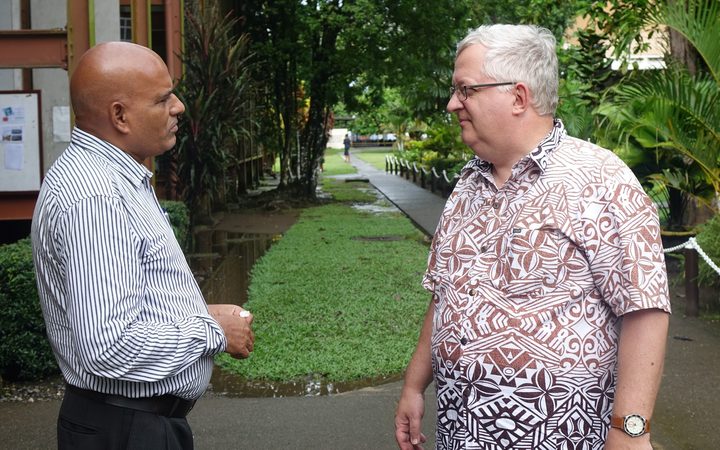 Albert Schram was arrested earlier this month and charged with obtaining employment through false pretence.

Police allege he produced a fake PhD certificate at Unitech in 2012.

Yesterday, the Committal Court ruled it did not have jurisdiction to vary Dr Schram's bail condition's for him to leave PNG.

Dr Schram's lawyer, Greg Manda, said his client had presented a certified copy but had lost his original certificate.

He could only obtain another in person from the European University Institute in Florence, Mr Manda said.

The lawyer claimed a letter from PNG's Department of Higher Education confirming Dr Schram's qualification should have been sufficient.

"I would have thought that when the secretary of the Department of Higher Education confirms it, police and the complainant would be satisfied. But for some reason they are pressing on the judges. So our client is entitled to his defence and that's the way we are going now." 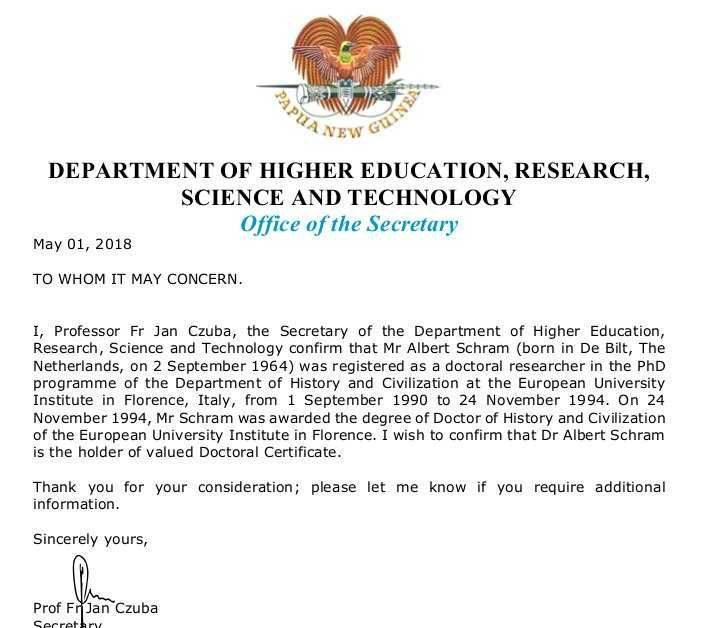 The letter from the Department of Higher Education. Photo: supplied

LoopPNG reported Dr Schram was arrested after entering PNG on a tourist visa from Australia and wanted to vary the bail conditions so he could leave before the visa expired on 31 May.

The website said he intended to return on 11 June.

Meanwhile, Unitech's council said it had nothing to do with the arrest.

In a letter published on the Unitech website, chancellor Jean Kekedo said police were investigating a complaint lodged by "the former council".

The current council had reached an agreement with Dr Schram for him to leave the country after his judicial review proceedings were dismissed, Ms Kekedo said.

Dr Schram sought a review of his sacking earlier this year by the council which alleged he breached his contract by failing to present verified academic credentials.

Similar allegations were made in 2012 which led to Dr Schram being suspended for over a year before being reinstated as vice chancellor as recommended by a commission of inquiry.