New Zealand and Australia have set up a trans-tasman decider after emphatic victories over Fiji and Tonga at the Oceania Rugby U20s Championships on the Gold Coast.

Fiji had a one-man advantage for much of their match against the defending champions, after Billy Proctor was sent off for a dangerous tackle in the 18th minute, but still leaked nine tries in a 55-15 defeat. 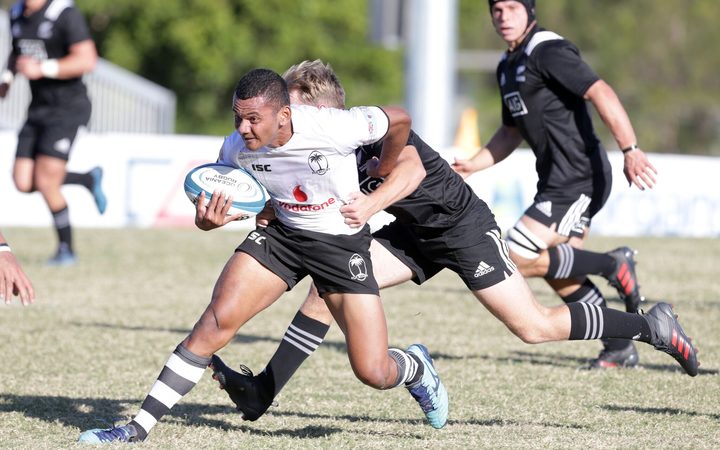 Lock Liam Rasch and centre Ilikena Vudogo crossed for the Fijians in the second spell, and captain Raikabula Momoedonu said they did their best.

"They're the top side in the competition at the moment and I guess it's always going to be tough coming up against a quality side like them," he said.

"I guess there were flashes of some things that we did that were pretty good out there on the field but just coming up against a side like them, quality side, is always going to be tough.

"We didn't match them in a lot of areas and I guess they paid us dearly."

Host nation Australia crossed for 15 tries in a 91-7 demolition of Tonga, with centre Sefa Finau sent off five minutes from time to complete the visitors' ignominy. 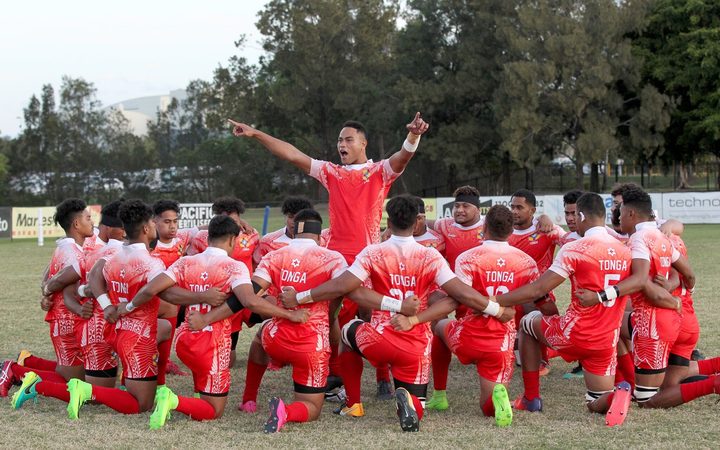 The Tonga Under 20s perform the Sipi Tau. Photo: Sportography

Substitute loose forward Maka Mafileo said it was a tough day at the office.

"We knew they were going to be a strong side but we just couldn't capitalise on that," he said.

"We like to run but it's just we need good ball but (we) couldn't get it."

Tonga and Fiji will square off in Saturday's final round, in their first match-up since last year where they drew consecutive games, while a draw against the hosts would be enough for New Zealand to retain the overall title thanks to a superior points difference.