An Australian priest has used Anzac Day and his related services to highlight the plight of refugees and asylum seekers detained by Australia on Nauru and Papua New Guinea's Manus Island. 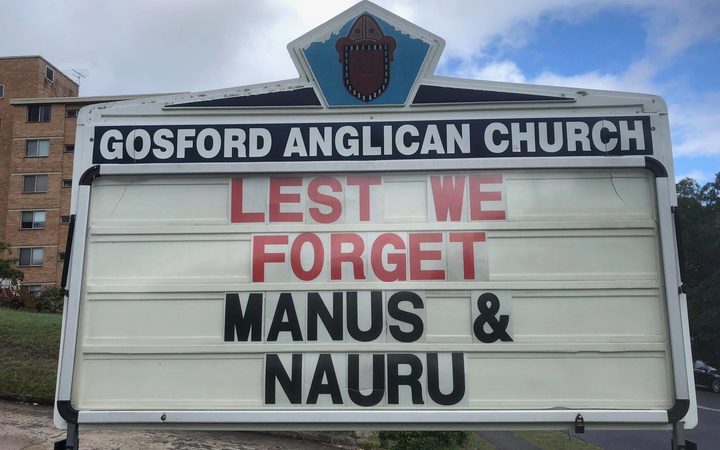 Rod Bower, who is the rector of Gosford's Anglican parish in New South Wales, has been an outspoken critic of Australian offshore detention and is well known for attacking the government through social media and his church's billboard.

Yesterday, Father Bower posted a new sign outside his church modifying the Anzac phrase to say 'Lest We Forget, Manus and Nauru'.

She was criticised by the Australian government and received personal threats on social media leading to her departure from the country.

Father Bower said he respected Anzac Day but believed the plight of refugees fit with what the occasion stood for.

"Part of what my nation at the moment is doing to refugees is really quite disgusting," he said.

"So part of my purpose in putting up that sign was trying to get that message across."