There is a call in French Polynesia to set up a new commission of inquiry into the legacy of the French nuclear weapon tests. 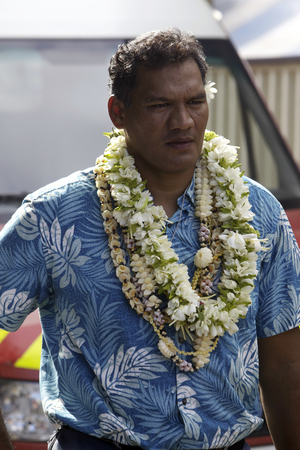 The leader of the newly formed E Reo Manahune, Tauhiti Nena, made the suggestion after the nuclear test veterans organisation Association 193 asked all election candidates to stand up to France over the consequences of the tests.

Mr Nena said after the creation of a commission in the era of Oscar Temaru in 2005, it's time to evaluate the work, both its progress and refusals as well as the delays.

He noted that there's been no shortage of obstacles, citing 40 years of the French state hiding the truth as well as the support of the tests by local politician Gaston Flosse.

Mr Nena said while the people of French Polynesia expressed their concern about their future and demanded to know the truth for all inhabitants, they were simply ignored.

The Association 193 said the last two presidents, Edouard Fritch and Gaston Flosse, both claimed that they had lied on behalf of France about the tests' risks.

It said it was not enough to concede to have lied.

This, it said, should be followed by an apology and concrete steps to make France honour its responsibilities.