The French Polynesian president Edouard Fritch says he wants a study to be carried out to see if the French nuclear weapons tests caused genetic mutations.

Last month, a French child psychiatrist called for an independent study after recording intellectual disabilities and deformities which he attributed to genetic mutations.

Mr Fritch then accused him of causing panic with his report.

But now he says he wants to commission Japanese genetic scientist Katsumi Furitsu to examine the subject.

He said he made this decision as there had been unfounded claims and legitimate concern among the people.

During her visit to Tahiti last month, the French overseas minister Annick Girardin said she wasn't against having such a study. 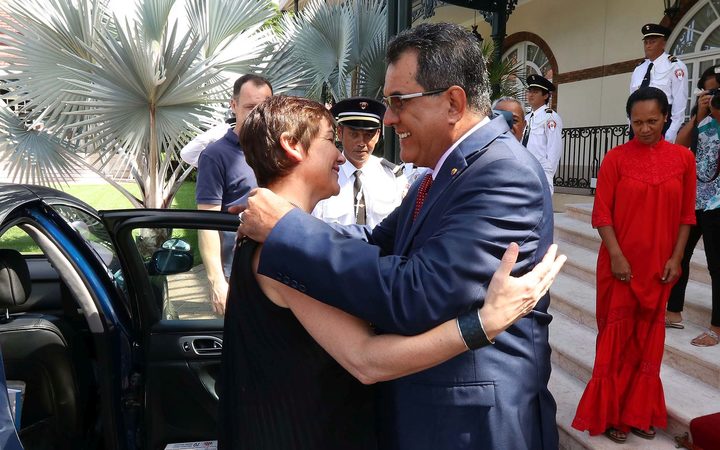 French Overseas Minister Annick Girardin is greeted by French Polynesian President Edouard Fritch on her visit to the territory in January 2018 Photo: Supplied