Fiji's President Jioji Konrote says a dietary transition away from traditional, domestic staples towards diets high in processed foods has contributed to the non-communicable disease epidemic in Fiji.

Major-General Konrote, who is leading the campaign in Fiji to reduce NCDs, says 80 percent of the deaths of Fijians under 70 years of age are due to NCDs.

President Konrote was speaking at a meeting of the Food and Agriculture Organisation, the FAO.

He told them this dietary transition is the leading driver behind the sharp rise in malnutrition, micro-nutrient deficiency, obesity, diabetes and other NCDs in Fiji. 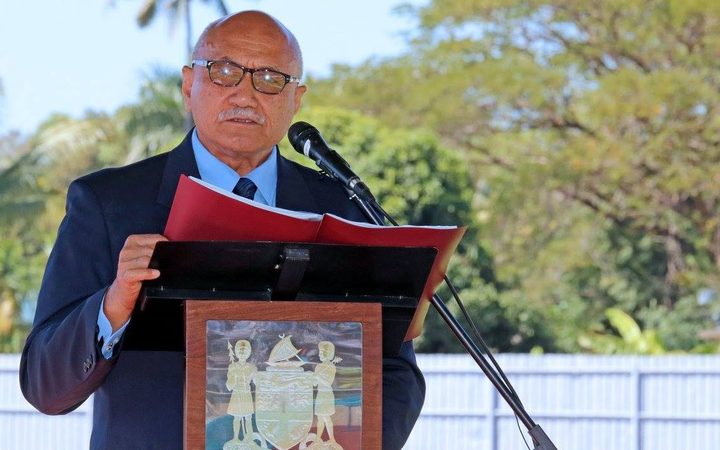 He spoke at length on the eating habits of Fijians which had given the country the second-highest rate of deaths caused by NCDs with diabetes and cardiac-related illnesses being the major causes.

The president spoke of the daily consumption of cereal, bread and breakfast crackers, instead of staples like cassava, taro, banana, sweet potato and yams.

He also highlighted the very high consumption of instant noodles, with over 60 per cent of Fiji households consuming these on a daily basis.

Some other concerning statistics the President highlighted included:

- Primary school students between the age of five-14 years indulged in salty and sweet snacks, sugary drinks and Indian savouries with 38 per cent snacking right after breakfast and 53 per cent after lunch

President Konrote called for Fijians to take appropriate action to reverse the unacceptably high trend of NCDs in Fiji.