Indonesia's President has presided over an event to hand over thousands of land ownership certificates in Papua province. 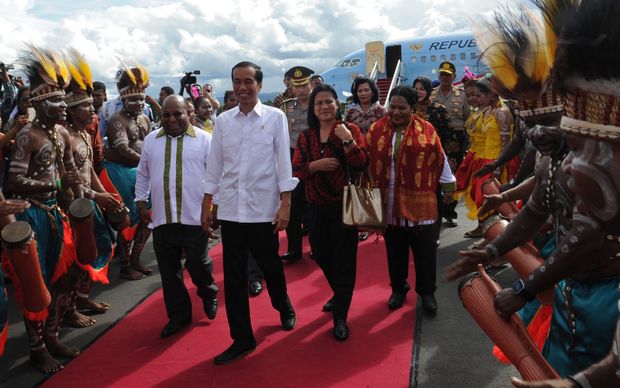 Jokowi is on his eighth visit to Papua region, which is widely known as West Papua.

According to a government spokesperson, the disbursal of the certificates is a "symbolic" event which helps inform the public about their rights.

She said the president wanted to streamline the bureaucratic process around land ownership certification which had previously been lengthy and complicated.

He also reminded people to maintain the condition of the certificates, saying they can be used as collateral for a bank in a bid to secure venture capital.

The government also distributed certificates to other districts of Papua and West Papua provinces, such as Biak Numfor, Merauke, Jayawijaya, Yapen Islands, Nabire, and Mimika.

In 2017, the government had distributed 70 thousand land certificates to the people of Papua.

The ministry targets to add another 20 thousand certificates in 2018.

Jokowi is on a two-day working visit to Papua which is due to finish tomorrow. He is today expected to visit a remote area in Asmat District to observe the recovery efforts of malnutrition and measles cases in the area.

During his speech at the certificate event, Jokowi asked people to maintain peace and calm ahead of the head regional election in 2018 and the general election year in 2019.