A competition to design a Pacific Island memorial to feature in New Zealand's Pukeahu National War Memorial Park in Wellington is underway. 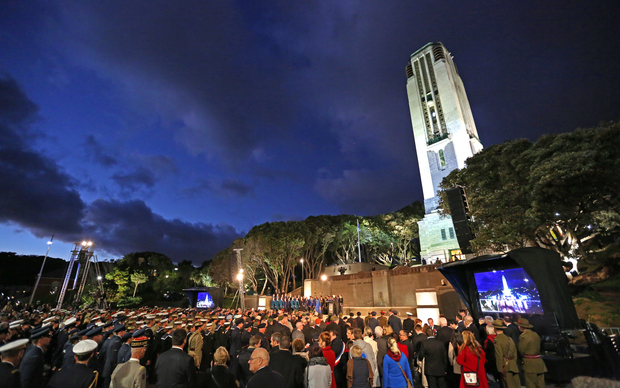 The Ministry of Culture and Heritage has allocated $US 361,000 for the project which would see a five person panel choosing the winning entry.

Minister Carmel Sepuloni said she is expecting to see a design that reflects the strength of the relationship between New Zealand and the island countries.

She is expecting wonderful designs to be put forward.

"I think over the years there has been a growing recognition of the role that Pacific Islands people from the Pacific Islands have played alongside New Zealand soldiers in both the World War One and World War Two," she said.

"So I think the establishment of a memorial like this is very timely, given there has been that growing recognition."

Carmel Sepuloni says it will be a welcome addition to the memorial landscape in the Park providing people with a further place to acknowledge both Aotearoa's history during times of conflict and the on-going relationship with Pacific people.

*New Zealand has a shared military history with the Pacific Islands dating back to the First World War, as can be demonstrated by the examples of Samoa, the Cook Islands, Niue and Fiji.

*The German colony of Samoa was captured by New Zealand troops in August 1914, within weeks of the beginning of the First World War. New Zealand occupied the islands throughout the war, and governed them afterwards as a League of Nations mandate.

*The Cook Islands, which had been annexed to New Zealand in 1901, offered men for the NZEF as soon as news of the war reached the Pacific. This offer was at first refused, but because the ranks of the Maori Contingent were seriously depleted at Gallipoli, politicians looked to the Cook Islands to provide reinforcements.

*Similarly, Niue (also under New Zealand rule from 1901) offered men for the NZEF as soon as news of the war reached the Pacific. Initially this offer was refused, but a Niuean contingent of 150 men joined the 1st Contingent of Cook Islanders who were sent to reinforce the Maori Contingent in 1916.

*Fiji, as a British Crown Colony, sent contingents of men and reinforcements to serve directly as part of the British Army (some of whom had been born in NZ or educated there).