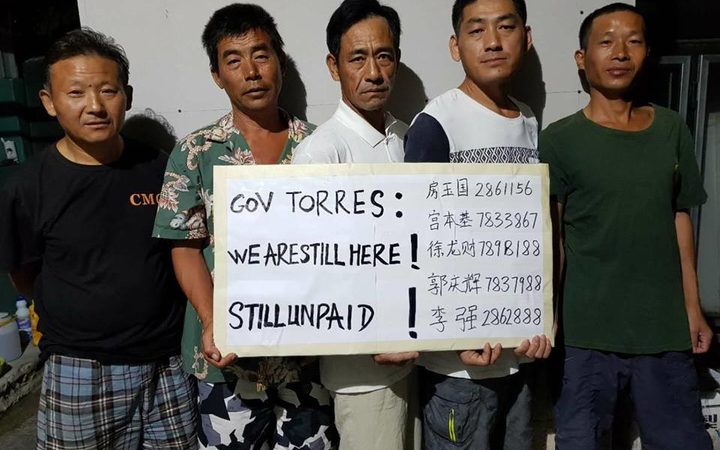 Five remaining unpaid Chinese workers from the Saipan casino have reminded Northern Marianas Governor Ralph Torres of their plight after he appeared to forget about them during a US Senate hearing.

In a photo posted on social media, the workers are holding a sign that reads, Governor Torres, we are still here, still unpaid.

Earlier this month the US Senate held hearings on a bill that could extend the CNMI's right to bring in foreign workers for another ten years, to 2029.

During the hearing Mr Torres was asked if he knew of any unpaid workers on Saipan, to which said he was unaware of any.

The Chinese workers are among hundreds of illegal tourists brought in by a contractor for the casino hotel development.