The Governor of Papua New Guinea's East Sepik province says the people of Kadovar are not expected to live on their volcanic island again. 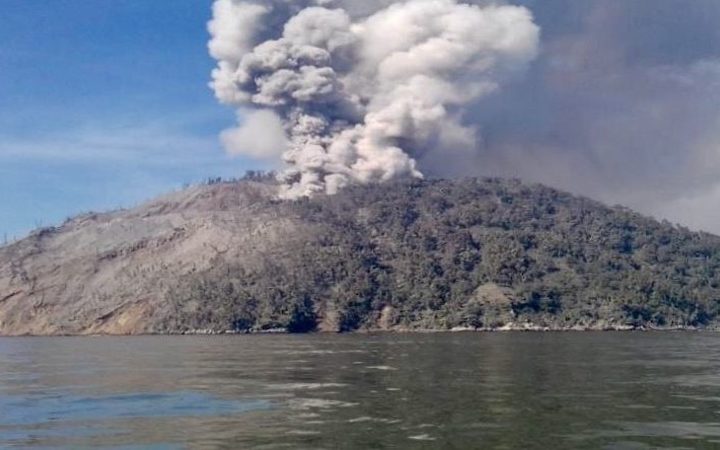 According to the Rabaul Volcano Observatory, Kadovar's eruption continues at a low-level with mild steaming at the summit, and gentle emission of lava.

But Governor Allan Bird said he has had to tell the resettled Kadovar community that a return was not viable.

He said they had accepted the sad news.

"I don't think they'll return to the island because all the top soil has fallen off it. It's just a rock now. Even if they did want to go it would be very, very difficult for them to be able to put houses on, or train vegetables or coconuts, or anything like that."

Alan Bird said the people's basic needs were being taken care of.

"They're getting enough food and things. The kids are going to school.

"We're trying as much as possible to give them what you might call a normal life under the circumstances," Mr Bird said.