Indonesia says the United Liberation Movement for West Papua's bid to be a full member of the Melanesian Spearhead group has reached a dead end.

MSG leaders meeting in Port Moresby this week referred the Movement's application to the group's secretariat for processing under new membership guidelines. 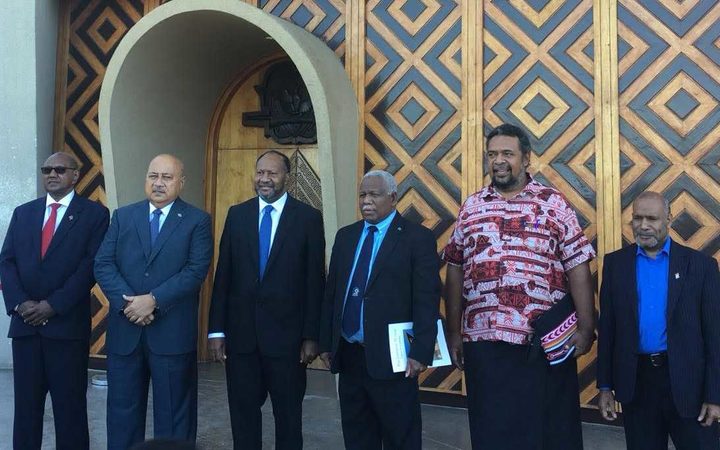 The Movement already has observer status at the MSG but the group's leaders have been divided on whether to allow it full membership.

Indonesia's government says that the Agreement Establishing the MSG, which was revised in 2015, stipulated that members must respect the principles of sovereignty and non-interference in the domestic affairs of states.

It says that based on that, the membership application of the Liberation Movement "will not succeed".

However, following this week's summit, Vanuatu's prime minister Charlot Salwai urged the MSG to stat focused on its founding goal of political independence for all Melanesian peoples.

"This is the raison d'etre for this group, and it must not be diluted in our wider consideration," Mr Salwai told local media.

"I therefore encourage the MSG to work in collaboration with parties concerned and encourage dialogue between Indonesia and West Papua to progress the issue forward, as this has been the case with France and FLNKS (the body repesenting New Caledonia's indigenous Kanaks which is a full member of the MSG)."

But Jakarta says that the self-determination choice of West Papuans has been finalised with incorporation into Indonesia in the 1960s, describing the Liberation Movement as a "separatist" group. It has warned MSG member states not to meddle in others' soveriegn affairs.

According to a spokesman for Indonesia's embassy in Australia, Sade Bimantara, the Liberation Movement's bid is at a dead end.

"I don't think they qualify to be a full member of the MSG," he said.

"Those claiming to represent the West Papuan people, the ULMWP, they do not truly represent the people. They only represent themselves. They have their own narrow political goals, and their narrow self-interest," he said.

However, the Liberation Movement remained hopeful that the MSG would accept it as a full member. Its chairman Benny Wenda

"I want to send my people a message that this is another positive," he said of the MSG's referral of the application for processing.

"Step by step, we are in the right diorcetion, so please pray. We hope that the secretariat will discuss our application very soon."