Authorities at the Marshall Islands' International Airport have accosted a suspected agent for illegal adoptions while he was trying to board a United Airlines flight last month along with two women, one pregnant and another nursing a one-month-old child. 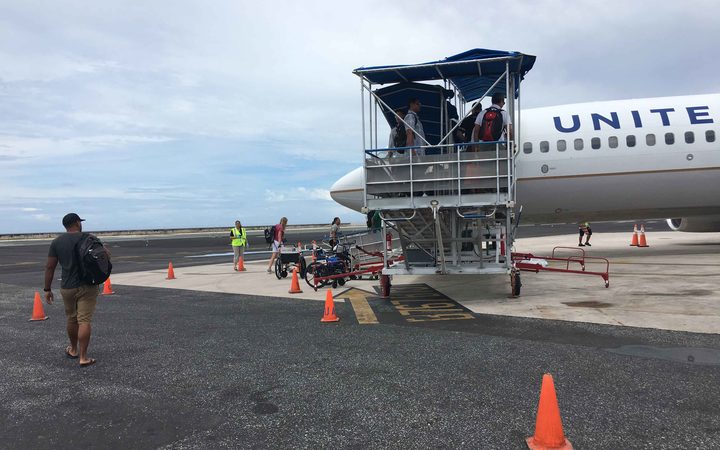 Marshall Islands immigration director Damien Jacklick says it is the first time a suspected illegal adoption agent has been caught in the act.

Mr Jacklick says both women, when questioned, admitted they were travelling for the purposes of adoption.

Staff at the airport had reported seeing the suspected agent assisting pregnant women to check in for United Airlines flights to Honolulu throughout the week before he was pulled aside.

After questioning, the man was released by immigration officials and boarded a later flight to Honolulu, unaccompanied by the two women.

International Organization for Migration (IOM) Director Angela Saunders said from what she understood of this development at the airport, it was the first time for this to happen in Majuro.

"It shows a higher level of interest and awareness in the Marshall Islands," she said. 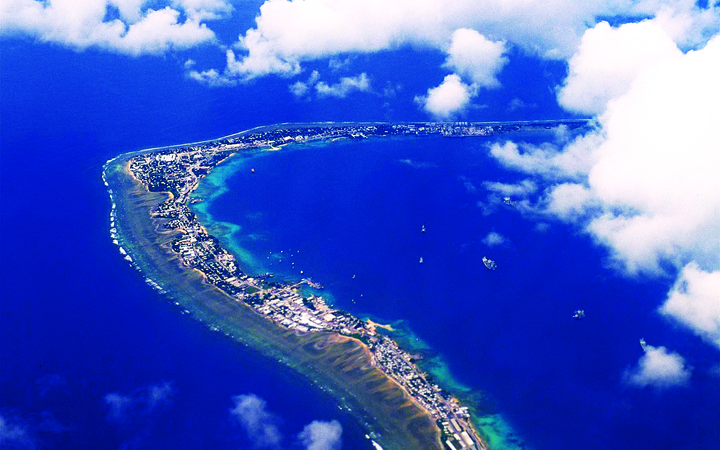 Majuro Atoll which houses more than half of the Marshall Islands population Photo: RNZI/Giff Johnson

IOM is engaged in a variety of trafficking in persons prevention activity in the Marshall Islands.

Angela Saunders said IOM's role for addressing trafficking in persons concerns is to provide training for law enforcement officials on "victim identification" to assist interventions, such as the one that occurred last month.

A leading concern for adoptions that are happening outside of established legal practices in the Marshall Islands is whether adoption agents "are exploiting the mother's lack of knowledge or deceiving her if she doesn't understand the process," said Saunders.

She added that while IOM isn't involved in actual interventions or interviewing her organization does liaise with law enforcement officials on matters that could rise to the level of trafficking in persons.

"If we get tips, we report them," she said, and added that IOM offers support for victims of trafficking.

The process for an American family to legally adopt Marshallese babies or children would involve them putting in an application to the U.S. Department of Homeland Security.

This would be followed up by background checks, court hearings in the Marshall Islands including a review of the birth family, and finally issuance of clearance to enter the U.S. through the US Embassy in Manila that confers American citizenship on the child being adopted upon arrival in the U.S. 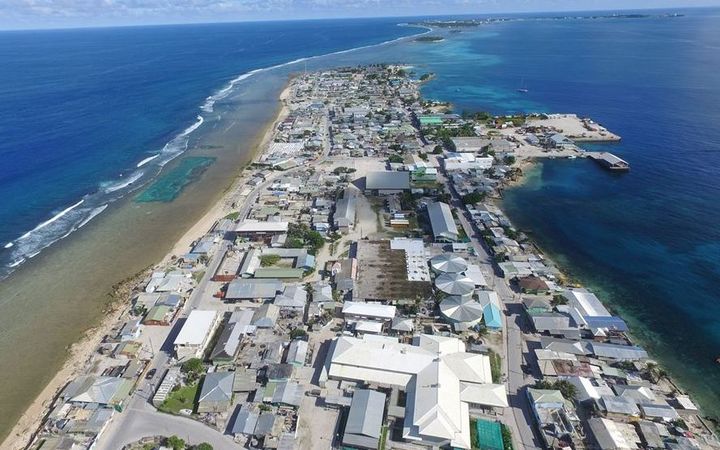 Densely populated Ebeye Island in the Marshall Islands is the focus of a mass screening for tuberculosis Photo: Anjojo Kabua

Despite Compact provisions, the flow of illegal adoptions has reportedly increased in recent years because of the ease with which Marshallese can travel to the U.S. coupled with the difficulty of proving "intent" to adopt unborn babies or young children.

Further to this a high teenage pregnancy rate together with widespread unemployment and poverty in the urban centers in the Marshall Islands helps to feed the off-shore adoption industry.

"My office has opened up an investigation on the matter," said Marshall Islands immigration director Damien Jacklick.

"We will soon be submitting a report to the Attorney General's office for further action. I can't go into too much detail at this time as it's an on going investigation."