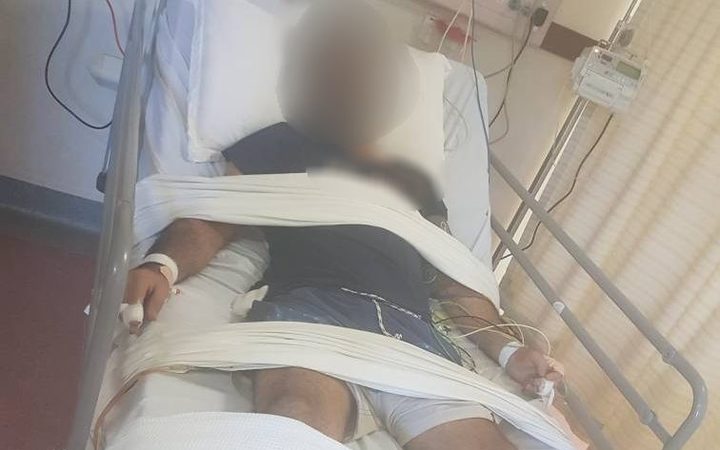 The refugee restrained in a Port Moresby hospital. Photo: supplied

Amnesty's Pacific researcher Kate Schuetze said a hunger striking refugee detained by Australia on Papua New Guinea's Manus Island has been moved to a hospital in Port Moresby which could not provide adequate healthcare.

She said Canberra's duty of care was to bring him to Australia for the treatment that he needs.

He said the hospital had won a court order to force-feed and medicate him and that staff have restrained him and slapped him during these feeding sessions.

Kate Schuetze said this is part of a deliberate Australian policy.

"It's part of these cruel policies of punishment and deterrent. Australia's continuing to shirk its responsibility and continuing to place refugees and asylum seekers in clear and present danger, and it's only a matter of time before it's going to jeopardise someone's right to life."