Tonga's Prime Minister has been discharged from hospital and "is in good health", according to his office. 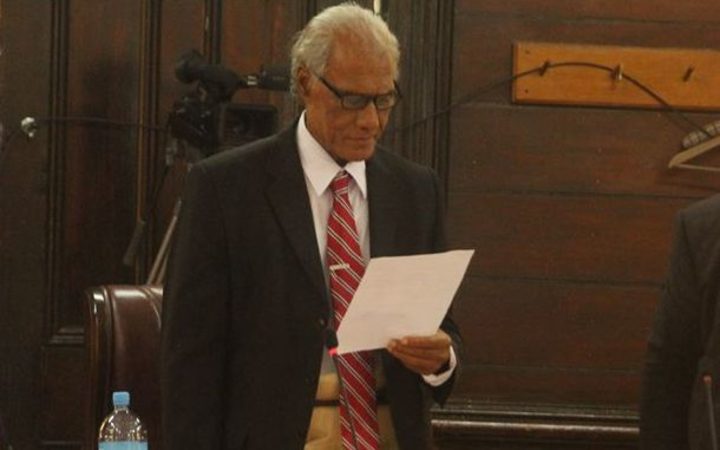 'Akilisi Pohiva returned to Parliament to be sworn in Photo: Tonga Parliament

'Akilisi Pohiva had been in the local Intensive Care Unit since the 5th of January and was unable to attend the opening of Parliament six days later.

However, the prime minister did make a brief appearance at the swearing of MPs on 18 January but was accompanied by a doctor and left early.

The Prime Minister's Office said Mr Pohiva was discharged over the weekend and contrary to local media reports he was not suffering from cancer.

It is the first official statement on the prime minister's health since he was admitted to hospital.

The office said Mr Pohiva had 'recovered from his illness in the past weeks which confined him to the Intensive Care Unit at Vaiola Hospital for strict observation and monitoring.'

The statement went on to say Mr Pohiva and his family thanked all those who visited and offered prayers, during what was a difficult time.