Australian unionists are protesting outside Fiji's consulate in Sydney today in support of Fijian airport workers locked out of their workplace. 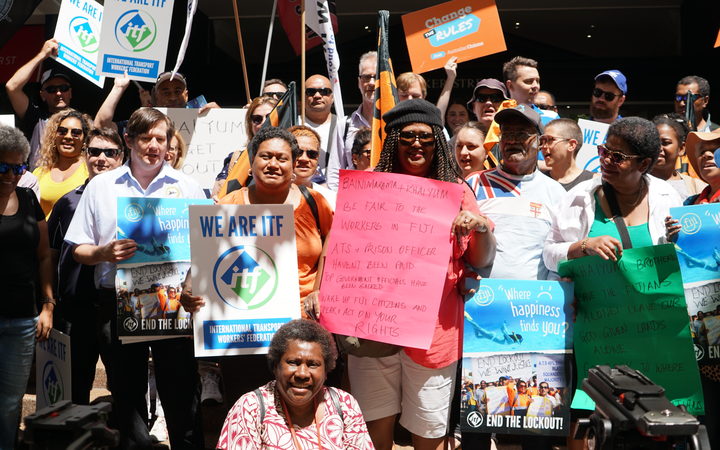 220 aviation ground handling staff have been locked out at Nadi International Airport since mid-December by their employer Air Terminal Services or ATS.

The workers - who are 49 percent shareholders in ATS - were locked out for attending an emergency union meeting called to discuss concerns about their working conditions.

Concerns include an eleven-year pay freeze and allegations of sexual harassment.

Today's rally in Sydney was organised by the International Transport Workers' Federation.

Its president Paddy Crumlin has urged the Fijian government - which is the majority shareholder in ATS - to take urgent action to end the lockout and allow workers to return to their jobs.

According to Mr Crumlin, Fiji's government has the power to resolve this dispute and that this is a matter of urgency with the livelihoods of hundreds of workers and their families on the line.

A letter by Mr Crumlin to the Fijian Consulate will be delivered at the rally. In it, he urges the government to "act to end this crisis and ensure that safety concerns don't cause travellers to think twice about visiting Fiji".

The ITF is calling on the Government of Fiji to resolve this situation without delay by: