French Polynesia's health ministry has released figures which show that in the past 15 years more than 9500 people have been diagnosed with cancer. 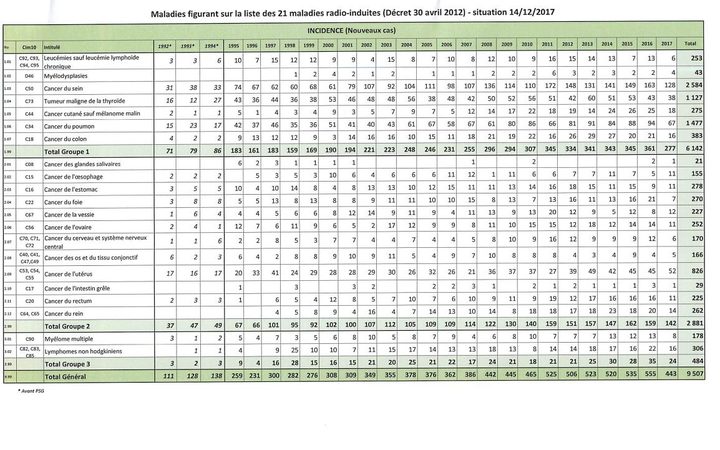 The numbers were released after an assembly member Eliane Tevahitua asked the minister for an update amid public concern over the legacy of France's nuclear weapons tests.

The chart, which has been made public, shows that for the past decade more than 400 people a year got cancer, with breast cancer accounting for almost a quarter of the total.

Lung cancer and malignant thyroid tumours are the next most common cancers on the list of 21 cancers listed by the ministry.

Ms Tevahitua says the figures will be raised during next week's visit of the French overseas minister after a French promise to set up an information centre and archive documenting the 30 years of weapons testing.