Papua New Guinea completed a golden double in the men's and women's 100m as they surged into second overall on the Pacific Mini Games medal tally.

Among their other successes, Raylyne Kanam led home a PNG one-two finish in the women's 400m hurdles final while Debono Paraka took out the men's discuss with a throw of 49.57m and Roland Hure won gold in the men's long jump. 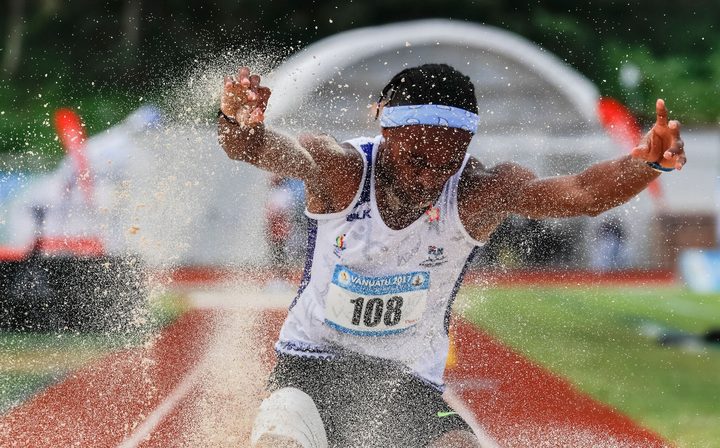 Track and field is in full swing at the Mini Games in Port Vila. Photo: Peter Carroll/Van 2017 Media

PNG have 22 gold medals in all but New Caledonia remain on top with 34.

Athletics continues at Korman Stadium on Wednesday while more gold medals are up for grabs on the tennis courts, with the men's, women's and mixed doubles finals to be decided.