An Auckland university graduate will be heading to the United States next year to archive historical Pacific films for a project called 'Recovering Voices'. 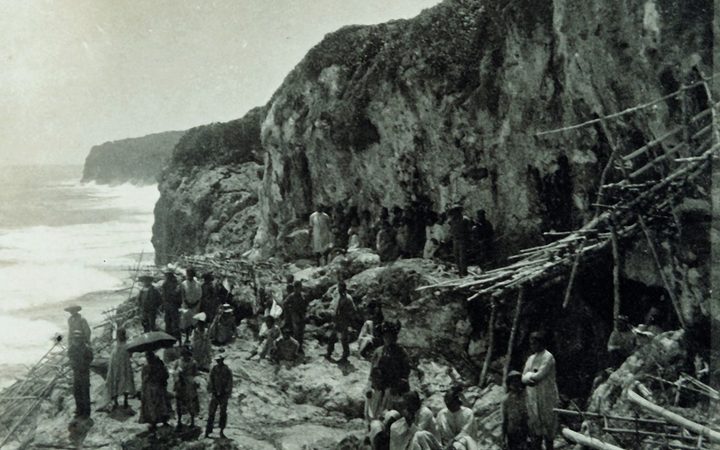 Landing place at Mutalau, photographed by Graham Balfour in 1890. Balfour noted that it was ‘a very bad landing at foot of 200ft cliff’. Wooden ladders allow people to reach different parts of the steep cliffs. Photo: Images from: Niue 1774–1974: 200 years of contact and change. Otago University Press

The 22-year-old, Kate Percival, has an internship at the Smithsonian Institution in Washington D.C. which begins in February for three months.

Ms Percival said she is expected to research and write descriptions of what's taking place in Pacific films.

"This Pacific film archiving is part of the larger project, which is about prserving and celebrating indigenous knowledge. They've been doing it for a lot of different geographical areas I guess, and the film medium of the Pacific is just a smaller part of that," said Kate Percival.