The tropical Pacific is in a state of La Niña, with the conditions likely to persist for at least the next three months.

New Zealand's Institute for Water and Atmospheric Research says several conventional thresholds have been reached or are being approached for a La Niña.

It says sea surface temperatures in the central and eastern equatorial Pacific continued to cool in November.

NIWA says the La Niña is most likely to continue for the southern hemisphere summer, with a 75 percent chance that it will persist for the next three months.

Tuvalu, Kiribati, the Marquesas and Nauru are forecast to experience below normal rainfall.

Above normal rainfall is forecast for Fiji, Tonga, Samoa, Niue, northern Vanuatu and the Federated States of Micronesia. 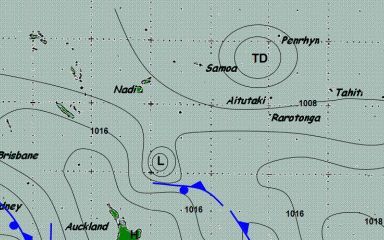