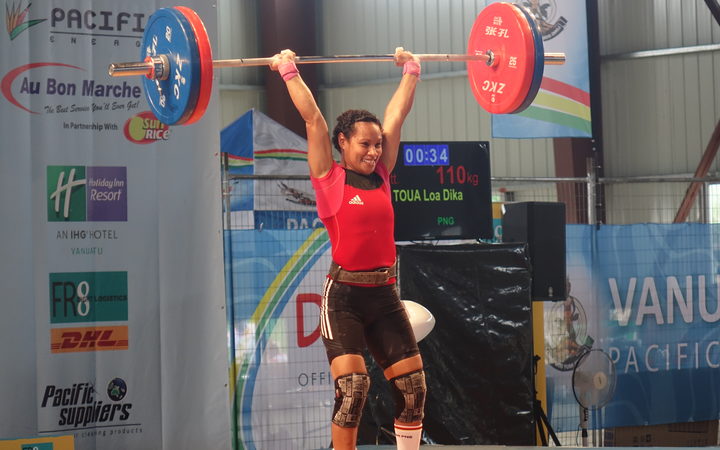 Thelma Toua claimed a clean sweep of the snatch, clean and jerk and overall titles in the women's 48kg division.

"I'm really happy about the gold medals I won today. I'd like to thanks our sponsors, PNG Olympic Committee and the crowd here for their great support - I got confidence from them," said Thelma Toua.

"We knew we were going to take back three medals each but the performance today was on top of it so yeah we're really happy. Especially myself I'm really happy with the way I performed today - not really well in the snatch, because my opening attempt I missed, but then I came back again with a strong lift so yeah the total," Dika Toua said. 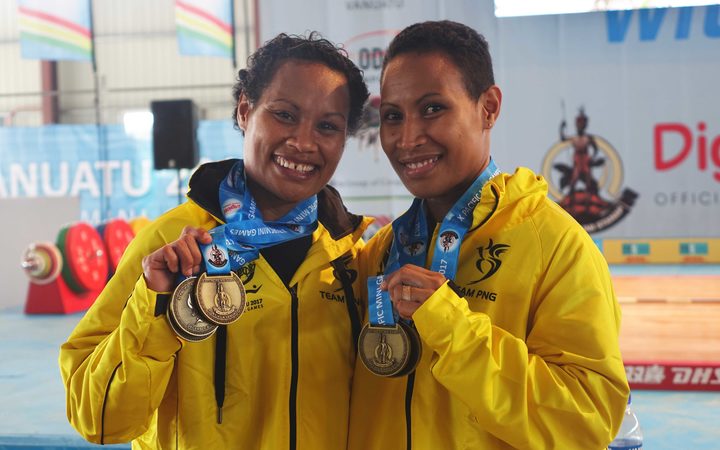