A four-goal flurry in the space of ten minutes helped Vanuatu to an impressive 5-0 victory over Solomon Islands in the opening round of women's football at the Mini Games. 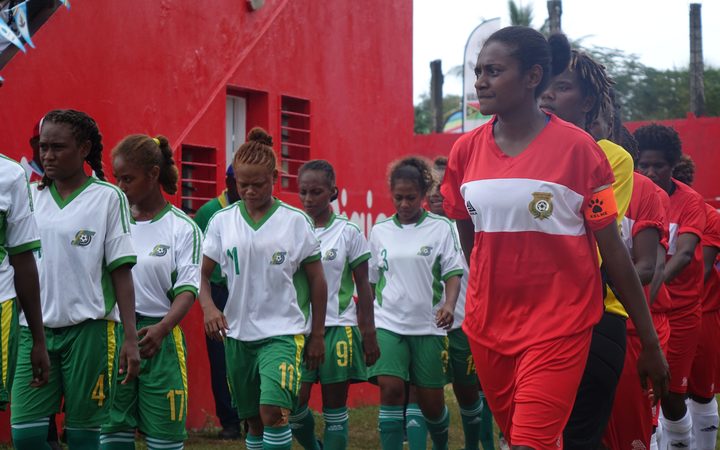 The Solomons and Vanuatu, (in red), teams walk out for their Mini Games clash Photo: RNZI / Vinnie Wylie

A Pauline Willie goal was all that separated the teams at half-time, in wet conditions at Port Vila Stadium, but with two third of the match gone the home side clicked into gear, with wave after wave of attack.

Striker Monica Melteviel scored two goals and also provided some assists for her team-mates in front of a vocal home crowd.

"First and foremost I want to thank the girls for the collective unit that we were able to perform together on the field and we were able to achieve such a great goal margin because of the togetherness," Melteviel said.

The Vanuatu women's team is not accustomed to playing in front of big crowds but Monica Melteviel said there was one fan in particular who made the match extra special.

"It's an exhilarating experience because this is the first time my mum's in the stands to watch me play.

"I'm very excited and yes there was pressure, but everything helped propel me to execute the goals that I scored," she said.

In the other game of the day, Fiji thrashed Tonga 5-0 in the opening women's match and will take on the host nation in Thursday's second round at the Korman Stadium. 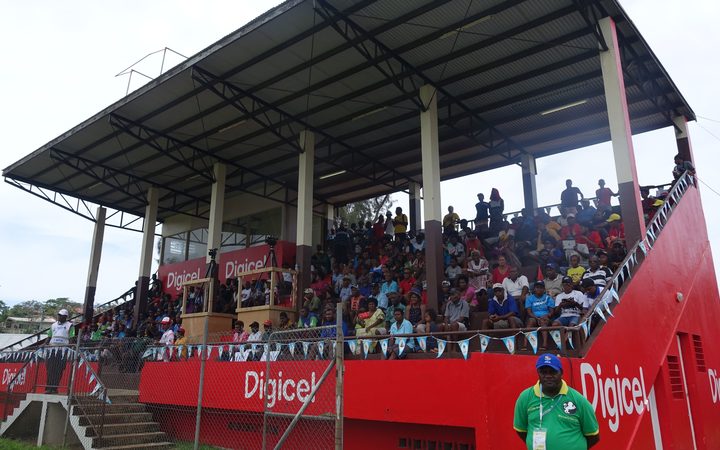