All of the detainees have been forcibly removed from the Manus Island refugee detention centre in Papua New Guinea during day two of a police operation. 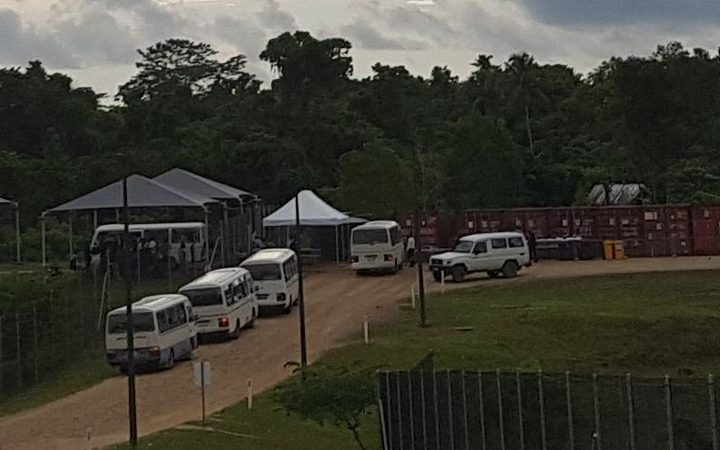 A large squad of police and immigration officials returned to the camp early today to try to remove the remaining 325 refugees.

It followed a police operation yesterday, when officers entered the camp. Police commissioner Gari Baki said they would not use force, and that the several dozen refugees who left had done so voluntarily and peacefully.

But Sudanese refugee Abdul Aziz Adam said in reality it was an extraordinarily violent attack by police.

This is what's been done this morning to the men Australia has illegally detained on #Manus Island for years on end. Men who want nothing more than safe resettlement in a country that can effectively resettle them, not another prison camp for years on end.
Shame on Australia pic.twitter.com/E7FBNrYbxs

He said parts of the camps were trashed and inmates beaten to encourage them to leave. Police entered the camps early on Thursday in their most intensive effort yet to force the refugees to move to new facilities.

Mr Aziz said the police burst in, shouting at the refugees that they were occupying the place illegally and had no choice but to move.

"And then we just saw they started beating people one by one, taking their phones away and beating people.... and too many guys they actually injured and we don't know what's going to happen next."

The detention centre, on Manus Island's naval base, was formally closed by the Australian government at the end of October after a PNG Supreme Court ruling last year that the centre was illegal. Power, water and food supplies were cut to the centre but hundreds of refugees have been refusing to go to alternative facilities in the island's main town, Lorengau.

Police and immigration officials returned for a second day, bringing four buses and three trucks which are being used to transport the refugees away from the Lombrum camp.

A refugee removed by police today also said he and his friends were beaten.

Iranian Mehdi Maleknia said once they made clear they wouldn't leave early this morning, the police moved in.

"They started to attack us and beat us by wooden sticks, punches, kicks and whatever you imagine, and drag us each one by one to buses, and took us out."

None of them had to be hospitalised, he said. 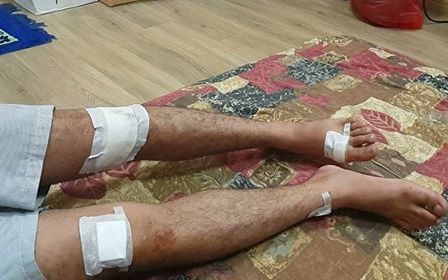 Some of the refugees say they were injured during the forced removal. Photo: Mehdi Maleknia and Mohammad Farahmand

Police took away their mobile phones so they could not record footage of the attacks, Mr Maleknia said, though yesterday they did shoot some footage which they shared online.

The new camp at Hillside, 30 kilometres away at West Lorengau, was better, he said.

"Yes, it's a nicer prison. But what we want is not a nice place, we want our freedom. I deserve to be free which is deprived by Australian Government."

He estimated about 130 others were at Hillside.

Outspoken refugee and Kurdist journalist Behrouz Boochani, who was removed from the camp in handcuffs on Thursday, reported the inmates being moved today were saying they had no option because police were using violence.

They are being transported in the buses and their belongings are being moved in the trucks.

The United Nations' refugee agency has called for calm on the island.

UNHCR said in a statement it was troubled by reports to its staff of force being used to remove refugees and asylum seekers.

It said it had been given assurances that excessive force had not been used, but could not independently confirm this as its staff had not been granted full access to the facility.

"UNHCR reminds Australia of its obligation to take full responsibility and provide effective protection, safety and lasting solutions for all refugees and asylum-seekers in cooperation with the Papua New Guinean authorities", UNHCR assistant high commissioner for protection Volker Türk said.

"We urge both governments to engage in constructive dialogue, to de-escalate the tensions and work on urgent lasting solutions to their plight." 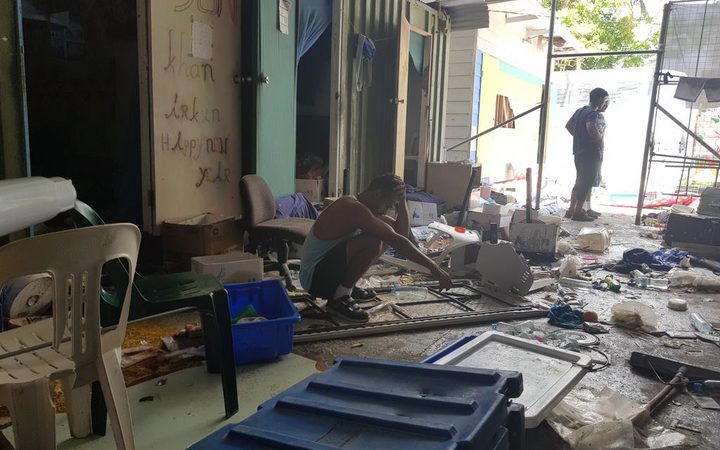 The UNHCR team on Manus Island was continuing to verify the facts and establish the number of refugees and asylum seekers who remain at the former regional processing centre, as well as at other locations to which they have been transferred.

The agency said it was in contact with other humanitarian agencies and organisations to ensure medical care was provided to injured people.