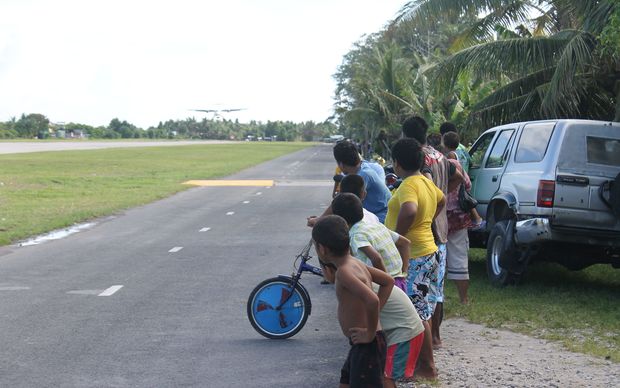 Children watch as a small plane comes in to land at Funafuti airport in Tuvalu. Photo: Wikimedia Commons

The World Bank is giving Tuvalu $US8.75 million to improve the safety and oversight of its international airport.

The money would go towards repairs of the runway at Funafuti Airport, which was being damaged by water infiltration exacerbated by tidal and sea level impacts.

Several trial design solutions for the problem would be tried during this cyclone season.

He said the project would help Tuvalu be resilient from the impacts of climate change.

The Tuvalu Aviation Investment Project began in 2011 and prior to the latest grant, it had already been given $US20.8 million.