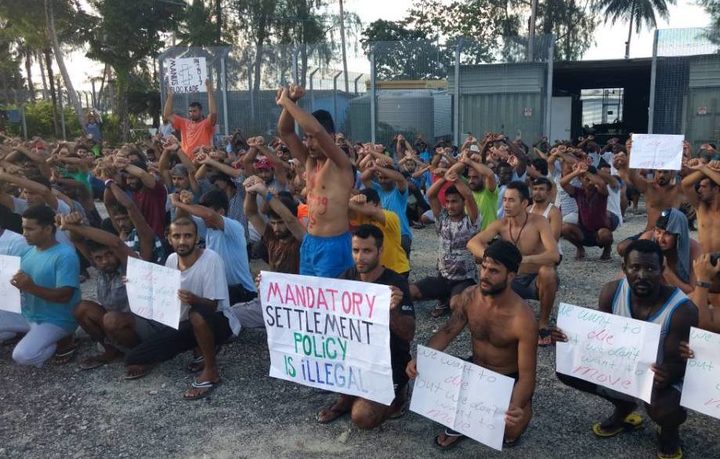 About 400 refugees on Manus Island are refusing to leave the shut-down detention centre. Photo: supplied

The refugees holding out in Papua New Guinea's Manus Island detention centre have been given at least another day to leave.

The centre was official closed 12 days ago and services were cut, but more than 200 men are still refusing to move to alternative accommodation nearby.

Saturday was supposed to be the deadline for the refugees to voluntarily leave, or be forcibly evicted.

But Papua New Guinea police officers, who are standing guard on the centre's perimeter, now say they must leave by tomorrow or Monday, according to refugees spoken to by RNZ Pacific.

The provincial commander, David Yapu, said force would not be used to evict the men on Saturday.

The standoff came a day after PNG officials moved into the shuttered detention centre to tear down shelters and tip out rainwater that had been stored by the refugees.

About 90 men have already opted to go to the alternative accommodation in Lorengau, which the refugees - and human rights groups - say is unsafe.

Meanwhile, Australia's immigration minister Peter Dutton said his government did not want any violence on Manus Island, suggesting the refugees could "try and provide some sort of scene where there is a confrontation with police."

Mr Dutton told the radio station 3AW, "They will do that because they want that footage broadcast back [to Australia]."