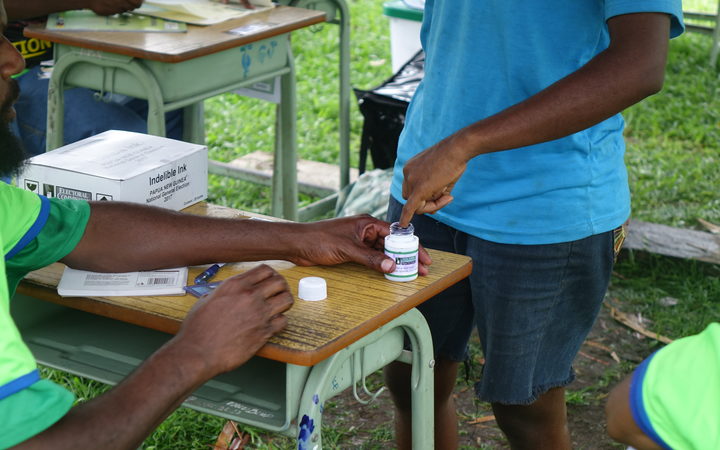 PNG voters must dip a finger into indelible ink before voting, an effort to ensure they don't vote twice. Photo: RNZI/ Johnny Blades

The NGO has released its observation report of the election.

The report found that 54 percent of MPs in the Highlands were elected through bribery or intimidation of voters.

These problems were also recorded in other regions of the country.

Among the findings in Transparency's report were widespread instances of people having their voting rights denied.

This was due to a range of factors including voters having their vote used by others.

According to the report, polling officials were responsible for many delays which also disenfranchised voters.

Electoral Commissioner, Patilias Gamato, said the election was successful because it achieved the outcome of results in all electorates.

But Transparency has recommended major changes in the organisation of the Electoral Commission, and enforcement of existing laws. 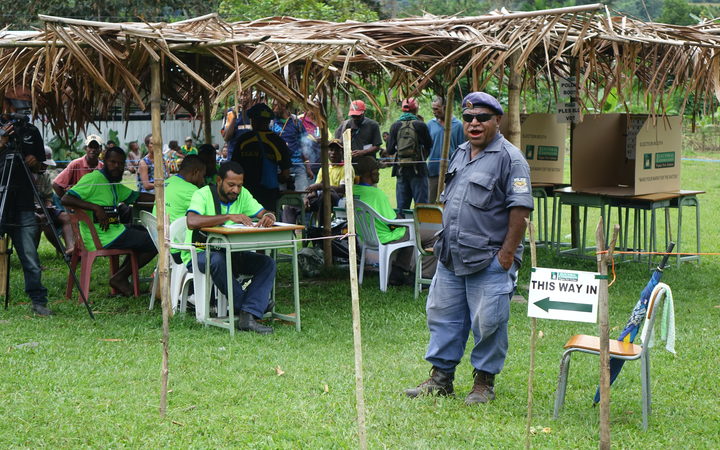