The sobering statistic that the growth of one in three Marshall Islands children is stunted has propelled President Hilda Heine and the Marshall Islands government to launch a major effort to improve early childhood nutrition and health status. 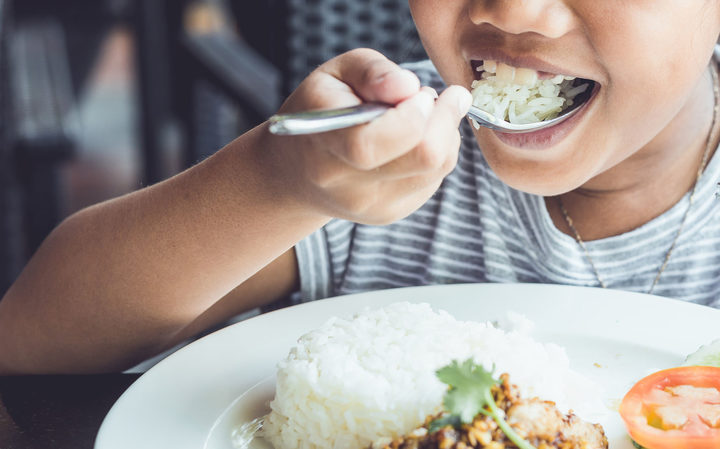 A recently conducted national survey of young children in the Marshall Islands confirmed that poor nutrition has caused growth stunting in 35 percent of those surveyed, said officials in Majuro.

It was conducted by the United Nations children's organization, UNICEF, in concert with the Marshall Islands government. The final report is expected to be issued next week for a meeting of RMI officials and donor agency representatives scheduled for Majuro to address the problem.

President Heine said the results of the survey confirm the severity of the nutrition problem plaguing the Marshall Islands.

"We need to focus on our people by providing earlier intervention," she said. "The first 1,000 days of a child's life are critical and can impact their entire lives, both their physical and cognitive development."

The President said the problem of poor nutrition for Marshallese children isn't new, but the survey confirms the need to take action to improve the situation.

Without action to address this problem, "we are losing generations of Marshallese who will not be as productive as they could be," she said.

Heine met with a vice president of the World Bank during the Pacific Islands Forum meeting in Samoa recently to discuss the concern about child health.

"We received a very enthusiastic response from the World Bank," she said.

The roundtable meeting in Majuro on November 15 will bring together representatives of UNICEF and the World Bank with key players in Health, Education, non-government groups and others to focus on this issue.

Chief Secretary Ben Graham said the fact that one-in-three children "are not getting a good start" is having a life-long impact on Marshall Islanders. "It explains why children don't perform well in school later in life," he added.

Surveys conducted of urban children in the Marshall Islands since the 1990s have shown that most eat no fruits and vegetables and the average primary school child lives off a diet heavy on packaged junk food, white rice, white flour donuts and pancakes, ramen noodles, and canned meat.

Heine said it is essential the problem of poor child nutrition be attacked by a multi-agency approach.

For example, she said:

Breast-feeding policies - "breastfeeding only for the first six months of life" - from the 1990s need to be revived and promoted.

School lunch program needs to be provided and the nutrition value of meals provided needs to be evaluated to improve what children are eating during the day.

Availability of local food needs to be increased.

She said it was good to see the initiative of newly establish gardens on a small island in Kwajalein Atoll. "Serious efforts need to be taken (to grow local foods)," Heine said. "We need to use vacant land to improve food security. We need to address the nutrition problem from different sectors of the community."

"This is a perfect example of an issue that cannot be handled by one agency," said Graham. He said the aim of next week's meeting is to develop a three-to-four year plan to address the nutrition problems.

He said the Marshall Islands' initiative is timely because there is growing global interest in focusing greater attention on the first 1,000 days of children's lives. A Pacific Early Childhood Development Conference in Fiji in September issued a call for action.

"We're getting a jump start on it," Graham said. While acknowledging the country's childhood nutrition problem has been developing for a long time, Graham added that "we haven't been effectively addressing it."

Heine noted that the World Bank has expertise in this area. The bank supported a long-term program to reverse childhood nutrition problems in Peru, which 17 years ago was in a similar situation as the Marshall Islands with 31 percent of its children showing stunted growth.

By last year, Peru had reduced the stunting problem to 13 percent, said the President.

The nutrition survey result "is a wake up call for us," said Heine. "We must ensure support for families is there."