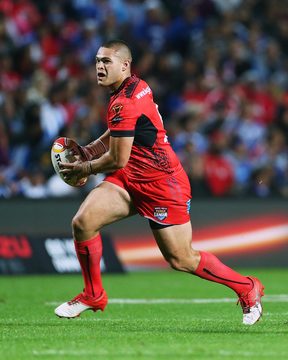 The Kingdom repelled Polynesian rivals Toa Samoa 32-18 at the weekend to confirm their place in the knockout rounds and avoid a potential quarter final clash with Australia.

A win over the Kiwis at Waikato Stadium, in a match to determine top spot in Group B, would also avoid a last-eight matchup against England.

Tuimoala Lolohea said they were reminded by the coaching staff after the match that a tier two nation has never beaten one of the big three.

"It's never happened before and we get a good opportunity next Saturday night against the Kiwis I guess to make a mark in the tournament and make some history," he said.

"It would be good to get a win but we need to prepare well for our toughest game so far on the campaign." 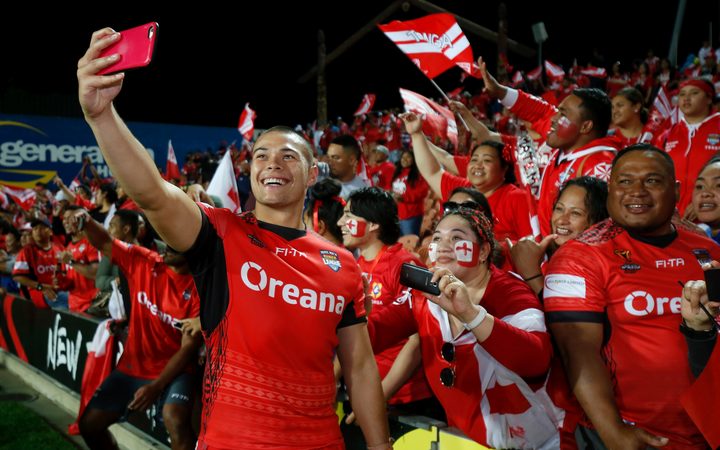 Tonga's Tuimoala Lolohea is all smiles with fans after beating Samoa. Photo: PHOTOSPORT

Mate Ma'a coach Kristian Woolf said Tonga were gaining in confidence with every game but was coy about the prospect of beating the Kiwis in their own backyard.

"Can we go out there and compete in a week's time? Of course we can," he said.

really good challenge but I'm not going to make any bold predictions." 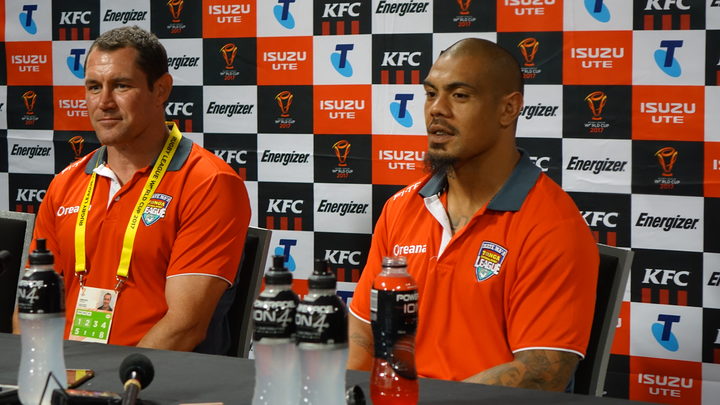 Thomas Leuluai returns at hooker while Simon Mannering slots into the back-row, after sitting out the Kiwis' 74-6 victory over Scotland.

Jordan Rapana and Dallin Watene-Zelezniak start on the wings, with Dean Whare in the centres and Kodi Nikorima joining Shaun Johnson in the halves.