The French prime minister has announced that talks in Paris with New Caledonian leaders have yielded a political accord paving the way for next year's independence referendum. 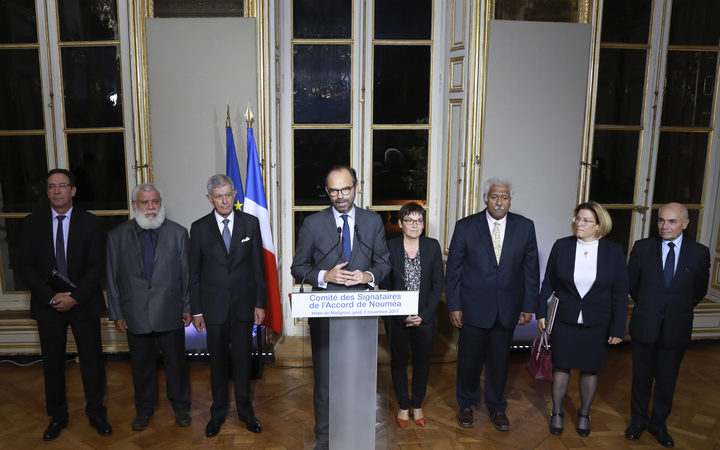 Edouard Philippe made the announcement shortly before midnight Thursday after marathon negotiations with the signatories to the Noumea Accord.

Mr Philippe said in addition to the political accord, there was now confidence for the further process which he said was at least as important.

He said there was a lot of work to be done and that work would be difficult.

The issues to be agreed on included the make-up of the electoral roll, which Mr Philippe said would be addressed in a law change being prepared by his government.

Agreement has been found on the presence of United Nations observers for the plebiscite, the location of voting places and the rights to vote by proxy.

The exact referendum question is expected to be determined early next year as no agreement exists on what status New Caledonia could attain after the vote.

Various options have been mooted, including the status of an associated state within France.

Mr Philippe has also confirmed he will visit New Caledonia this month.

New Caledonia, which has been French since 1853, could be the first French colony to win independence since Vanuatu did in 1980.