The Solomon Islands' prime minister is calling for calm in communities affected by an erupting volcano in the country's easternmost Temotu Province. 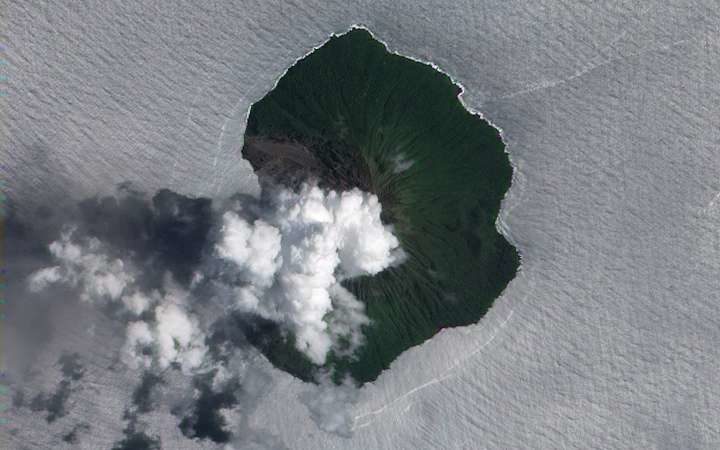 Manasseh Sogavare has urged people to heed advice from national disaster authorities and not to spread rumours that could cause panic.

Authorities said the Tinakula volcano was undergoing a category three moderate eruption that poses minimal threat to nearby islands.

The major concern was the impact of ash from the volcano on communities downwind of Tinakula in the Reef Islands where there are reports water supplies have already been contaminated.

An aviation warning has also been issued for the Santa Cruz Islands.

The director of the National Disaster Management Office Loti Yates said there was no way of telling how long the eruption event will continue but they are closely monitoring the volcano's activity.

Uncertainty for communities affected by volcano

A school teacher on one of the islands affected by ash from the erupting volcano says uncertainty was causing a lot of anxiety in his community.

Teacher on Fenualoa, Matthew Matoko, said the ashfall had stopped but it has contaminated a lot of the wells and water tanks on the island.

Mr Matoko said the shortage of safe-drinking water on Fenualoa and the nearby islands was the most immediate problem but he says the lack of accurate information is also an issue.

"They are worried what will happen next besides the water. Does it bring good things to the island or you know they start making speculations will there be things like when sulphur combines with oxygen and then you have water will there be acid rain. All these things pondering on their minds."

Mr Matoko said there was also a lot of concern for people on Nupani, an island much closer to the volcano than Fenualoa.

He said there had been no news from that island because there is no mobile network coverage.