Papua New Guinea have suffered another massive loss in the Oceania Cup hockey tournament, with the women thrashed 23-0 by Australia last night.

The lopsided victory qualified the Hockeyroos for Sunday's gold medal match against New Zealand in Sydney, while it was at least an improvement for PNG on their 33-0 thrashing by New Zealand on Wednesday. 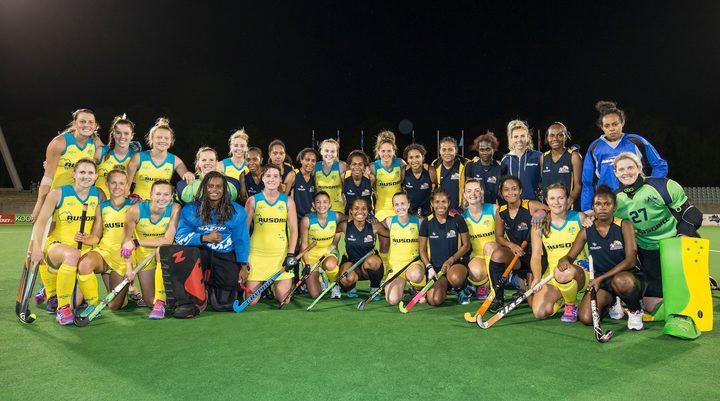 The PNG men had the bye on Thursday, while hosts Australia thumped New Zealand 5-1.

In the Hockey 5s, Australia Country remains unbeaten in the men's and women's competitions.

The Fiji women recorded back to back wins, thrashing Solomon Islands 8-0 and holding off a fierce challenge from Samoa to win 6-4.

Meanwhile the Samoa men pipped Solomon Islands 3-2 in a shootout, after the teams ended regular time locked at 2-2, but were outclassed 14-1 by Vanuatu in the afternoon.

Friday is a rest day with both competitions resuming at the weekend.