Vanuatu Prime Minister Charlot Salwai has promised the thousands evacuated from the island of Ambae that they will return home. 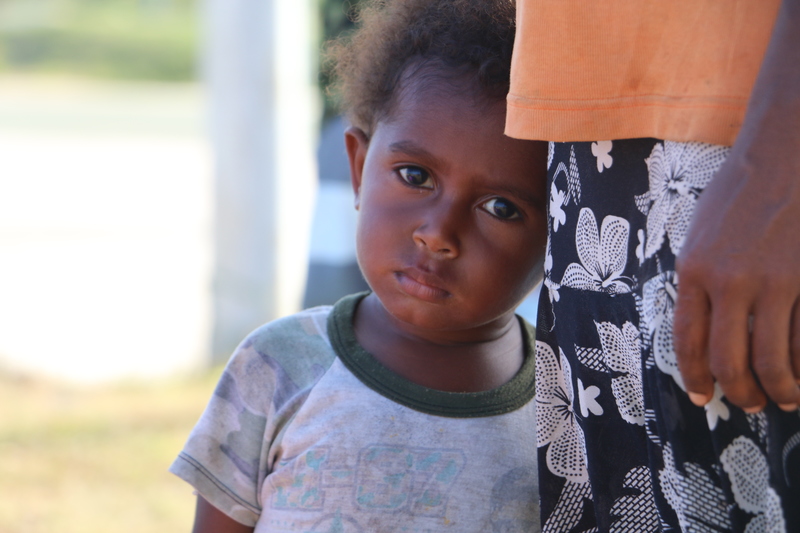 Children are most affected by the lack of adequate water shelter and food in evacuation centres. 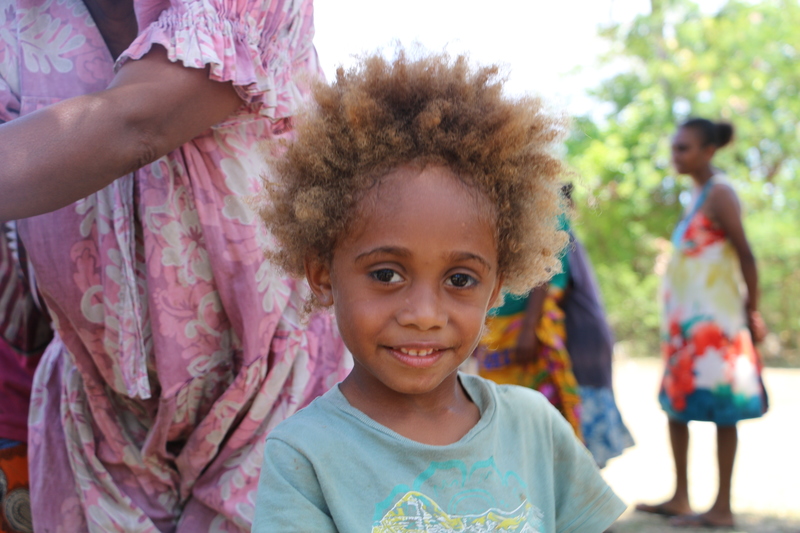 Little Agnes accompanied her mother shaking hands with a visiting ministerial delegation at an evacuation centre on Espiritu Santo. She seemed to find the whole spectacle quite funny. 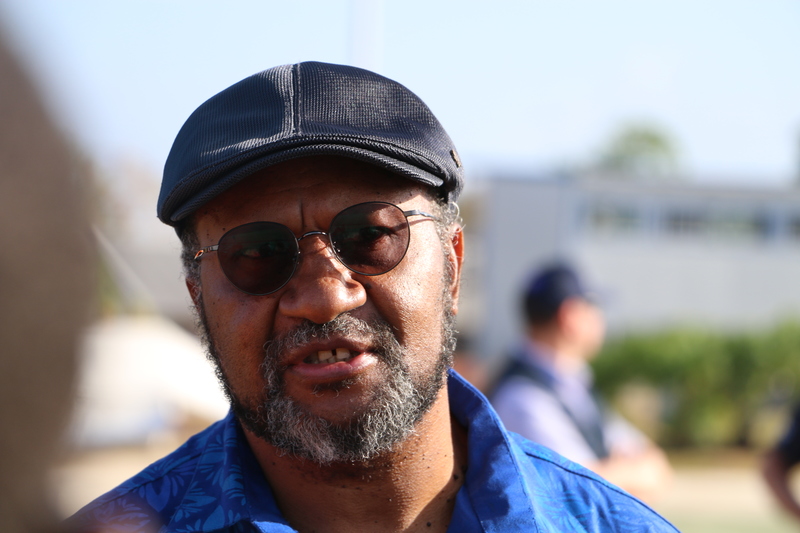 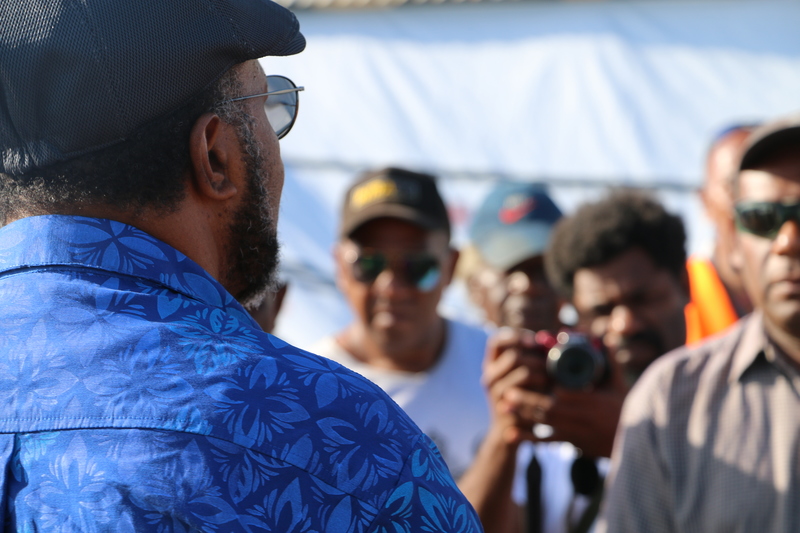 Vanuatu's prime minister speaks to people at an evacuation centre in Luganville on Espiritu Santo.. 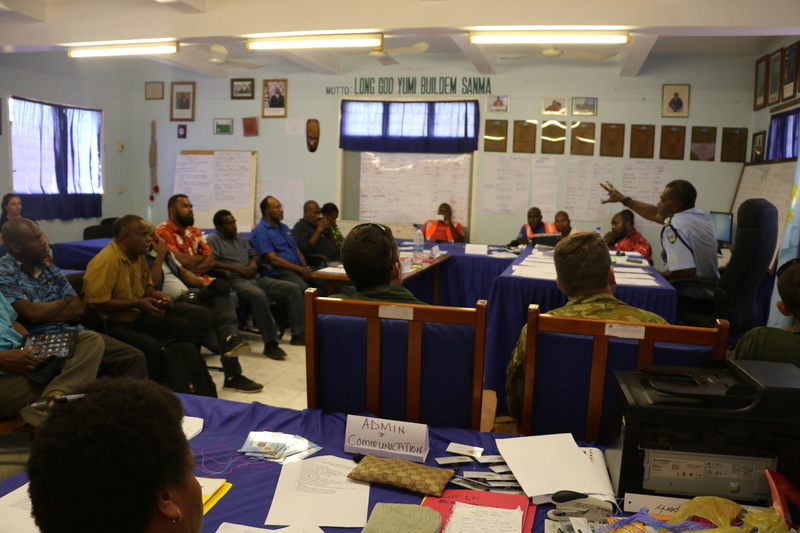 Vanuatu prime minister Charlot Salwai gets a briefing at the Emergency Operations Centre at Luganville on Espiritu Santo. 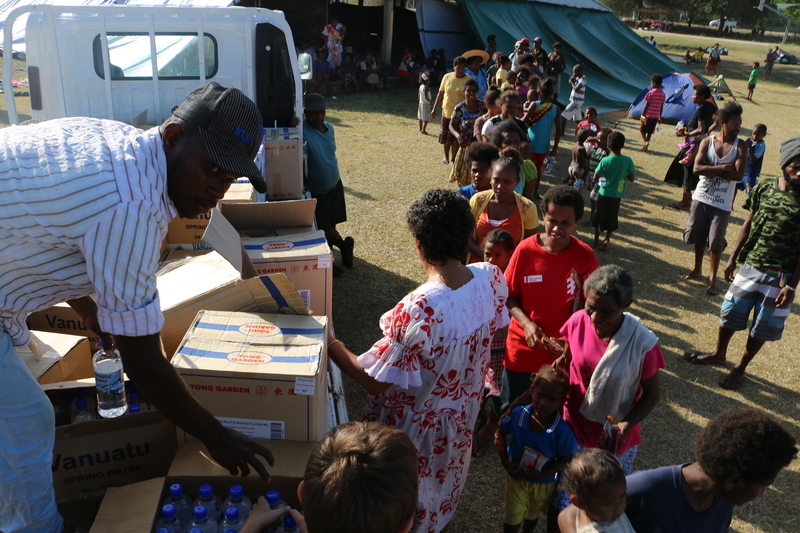 Women and children line up to collect food and water donated by a local church in Luganville. 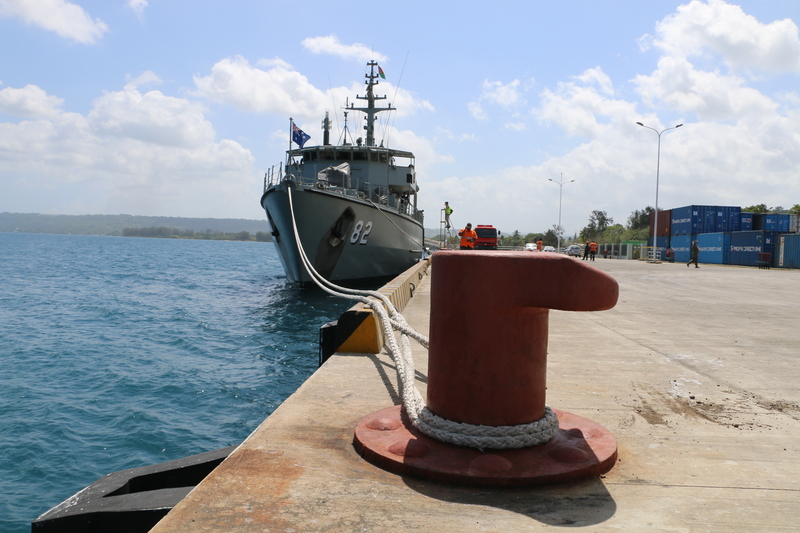 The HMAS Huon docked at Luganville on Espiritu Santo. Members of its crew are helping with the relief effort in Vanuatu. 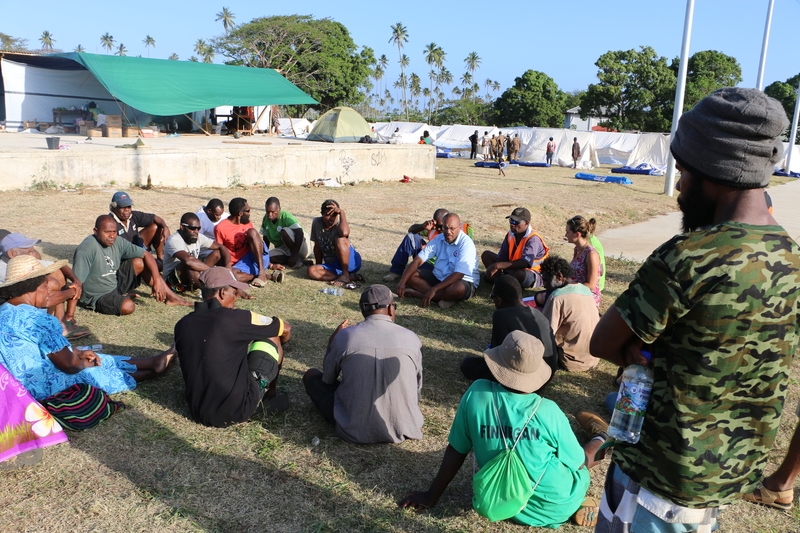 Several organisations are going around the camps giving awareness talks on hygiene and personal safety at evacuation centres. 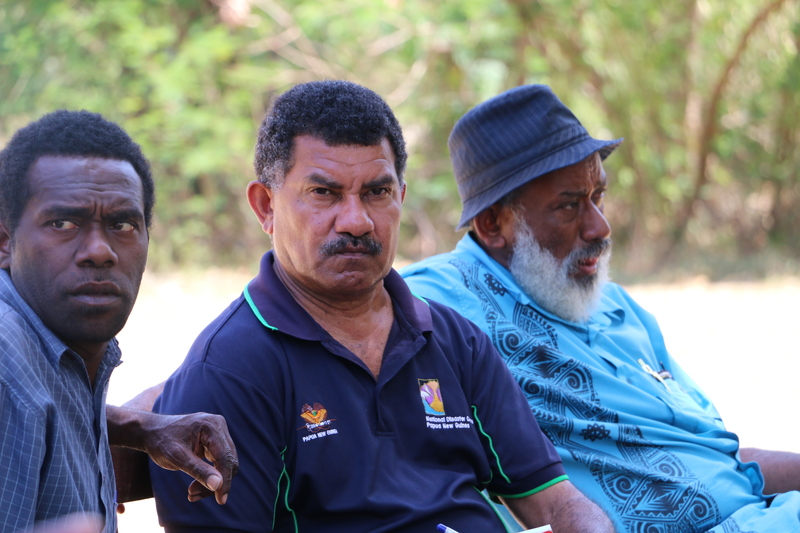 NDMO director Shadrack Welegtabit (centre) is cautioning people not to read too much into a Geohazard report saying the volcano on Ambae has stabilised. 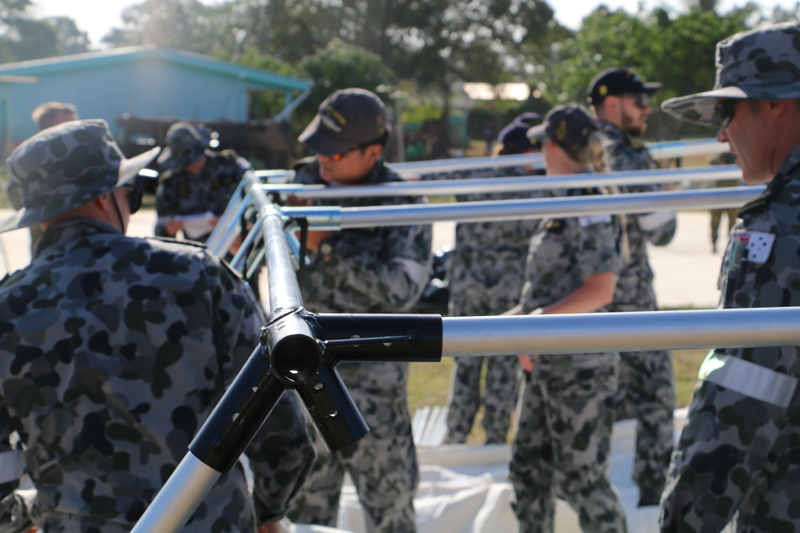 Navy officers from the HMAS Huon putting up tents at an evacuation centre on Espiritu Santo. 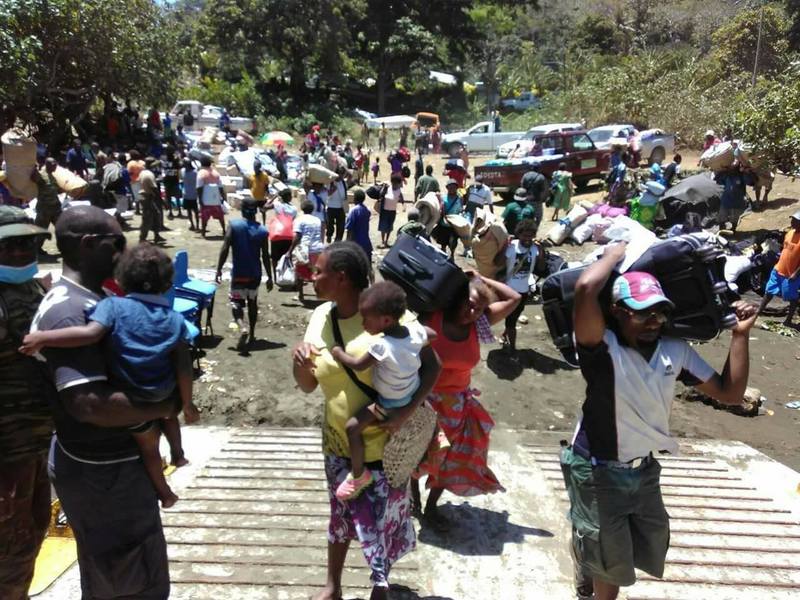 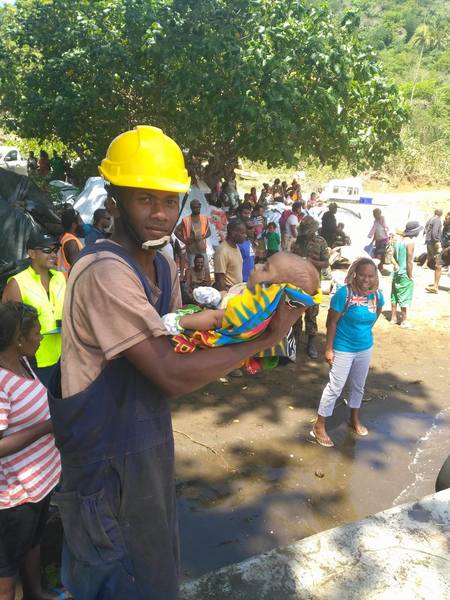 Mr Salwai visited evacuation centres in Penama and Sanma provinces yesterday where more than 11,000 people have been taken since the Manaro Voui volcano began belching ash and smoke over a fortnight ago.

The last boatloads were due to arrive at the islands of Maewo, Pentecost and Espiritu Santo yesterday, and they potentially face months away from home.

Disaster authorities are being assisted by French, Australian and New Zealand defence personnel and various international NGOs who have brought tonnes of relief supplies.

At an evacuation centre on Espiritu Santo, Mr Salwai called for solidarity and commended both the evacuees and their hosts for their resilience and sense of community in trying times.

The latest report from the Vanuatu geohazards department said the volcano was now more settled and the possibility of a large eruption was looking less likely.

However, the alert level for the volcano has not been lowered and the director of the National Disaster Management Office (NDMO), Shadrack Welegtabit, has been cautioning people not to read too much into the report.

"As long as the state of emergency is still in place NDMO and partner agencies will implement the Council of Ministers' decision.

"There is still one more week of it, it will still be in place next week." 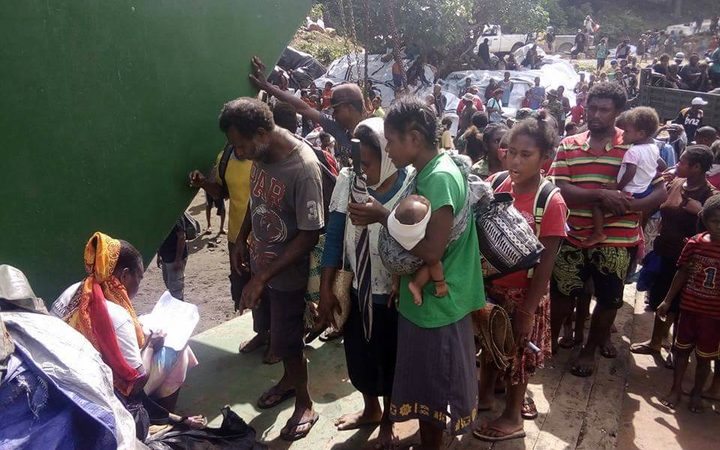 Hundreds of the elderly and people living with disabilities in the evacuation camps are in desperate need of specialised care.

The Red Cross's Shirley Johnson said evacuation centres set up on the nearby islands of Pentecost, Maewo and Espiritu Santo did not have the capacity to properly care for those with special needs.

"Most of them have health issues and they really need lots of hygienic facilities such as hygiene kits, we need soaps, we need mattresses, we need blankets to keep the elderly warm. We need adult diapers and all this."