The Papua New Guinea Hunters were left to rue a horror start as they were outclassed 42-18 by Penrith in the NRL State Championship final.

The Queensland Cup winners scored the opening points at ANZ Stadium, from the boot of Ase Boas, however the Panthers quickly took control and led 38-2 at the break, with Tony Santini bagging four first-half tries.

After Panthers five-eighth Jarome Luai was sin-binned for a professional foul in the 67th minute, the Hunters cut the deficit with consolation tries to Adex Wera, Bland Abavu and Boas. The PNG Hunters were no match for the Penrith Panthers. Photo: Courtesy of www.qrl.com.au

But coach Michael Marum said it was too little too late.

"We just got off to a really really bad start in the first half: we allowed seven tries that first 40 minutes and it was the turning point in our game," he said.

"Our defence was just really bad on the edges and we didn't slow the play-the-ball down - they were just too good, too big and just too quick all over the park in that 40 minutes." 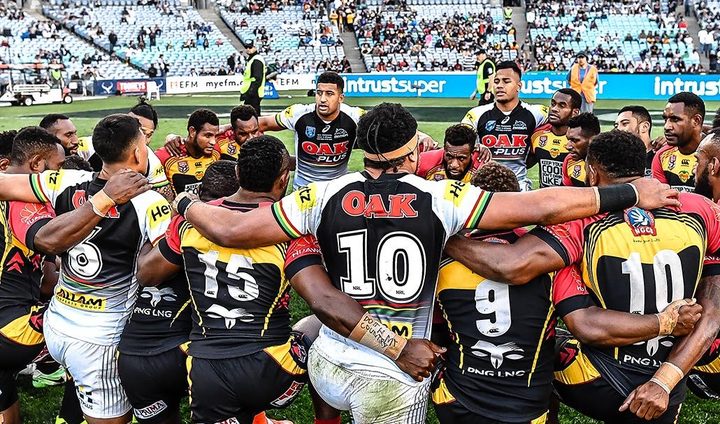 Despite a heavy defeat, Marum said it had still been a history-making year for the Hunters team.

"We had a pretty much good season this year - finishing as premiers in the Intrust Super Cup in Queensland and to come this far and play in the State Championship is an outstanding achievement for the side," reflected Marum.

"We wanted to finish off everything well but things didn't go our way but the Penrith side was just too good. We'll take a lot out of this game and it can help us in games next year."

Michael Marum and a number of his players will now switch from club to country mode, with the PNG Kumuls World Cup squad to be announced on Wednesday.