The Papua New Guinea Hunters rugby league team have their sights set on winning more silverware in Australia this weekend. 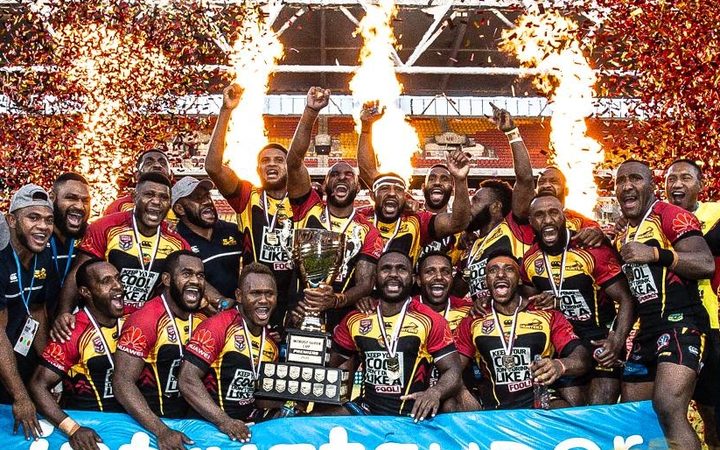 Fresh from beating Sunshine Coast in the Queensland Cup final, the Hunters will take on the New South Wales Cup champions, the Penrith Panthers, for the NRL State Championship title.

The team spent a couple of days celebrating their victory back in Port Moresby but head coach Michael Marum is confident they will be ready to go again in Sydney tomorrow.

"That's going to be a bonus if we get that trophy. The main goal this year in pre-season was the Intrust Super Cup but if we can go down there and play well again, which I believe we're capable of, we will get back with another trophy at the end of Sunday," said Marum.

"We know we're representing PNG and Queensland now so we want to get out there and play well so...Intrust Super Cup teams in 2014/15 won it. Last year Illawarra Cutters won it from New South Wales so it's our time to get it back to Queensland". 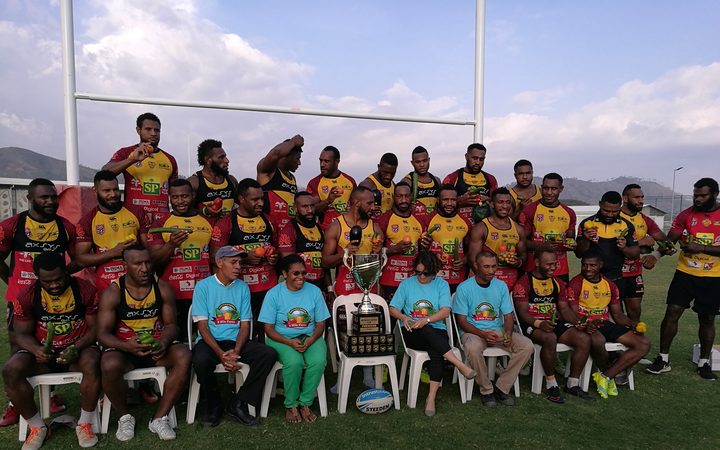 Marum said it would also be a special occasion being a part of NRL Grand Final day at ANZ Stadium, playing in the curtain-raiser to the main event between the Melbourne Storm and North Queensland Cowboys.

"Last weekend we played in front of over 10,000 people but this you're talking about 90,000 people there. Playing the curtain-raiser they will have a full-house already there so the good thing is the teams from Queensland are also in there - the players from Melbourne Storm are all Queensland boys - so I think all the Queenslanders will be there supporting us as well".

The coach said the Hunters started slowly last week and need to show improvement if they are to beat Penrith.

He said the Panthers' team would have a number of NRL players in their line-up but the Hunters intended to focus on their own game.