Authorities in Vanuatu are struggling to cope as the evacuation of 11,000 people from the volcanic island of Ambae begins in earnest.

More than 7000 of the evacuees are being sent to the neighbouring island of Santo, where RNZ Pacific reporter Koroi Hawkins has been visiting refugees in evacuation centres. 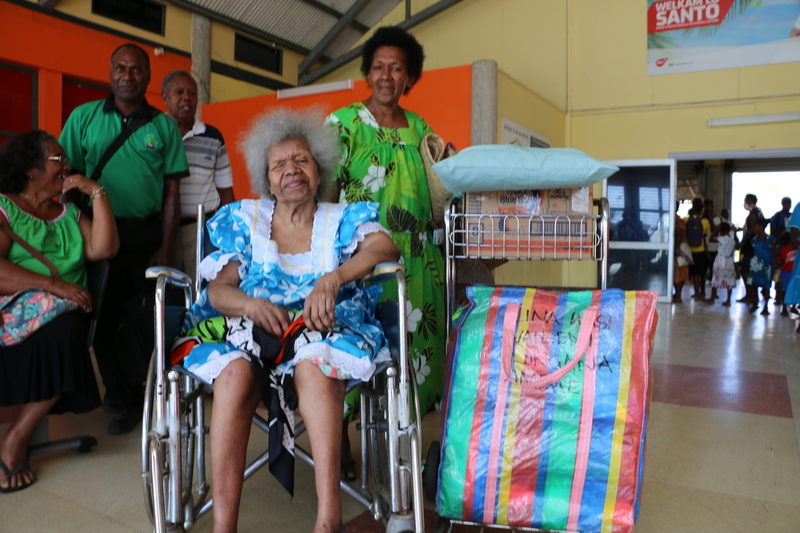 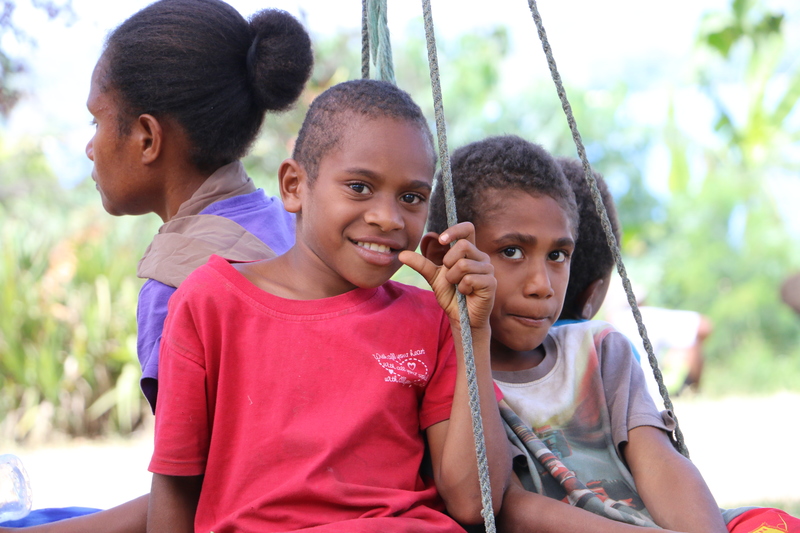 These little guys were chilling on a tire swing at a refugee transit centre on Santo. It will be their home for the next few weeks at least. Photo: RNZI / Koroi Hawkins 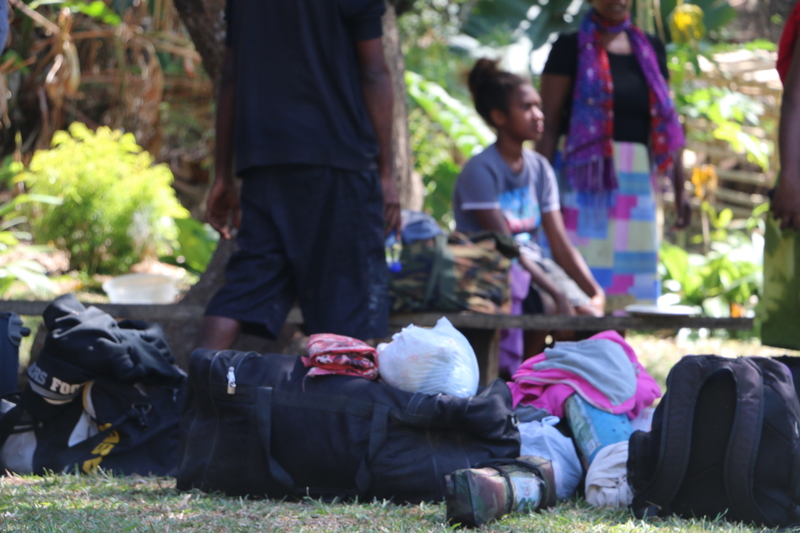 Refugees were told to take only what they could carry. Many said they feared for what would happen to their homes, belongings and livestock left unattended back on Ambae. Photo: RNZI / Koroi Hawkins 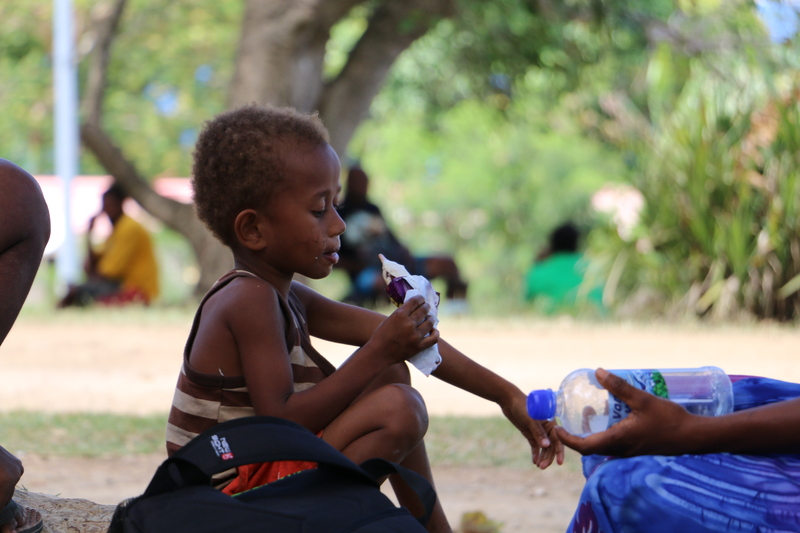 Water, food and shelter are the main concerns at the refugee centres and not necessarily in that order. Photo: RNZI / Koroi Hawkins 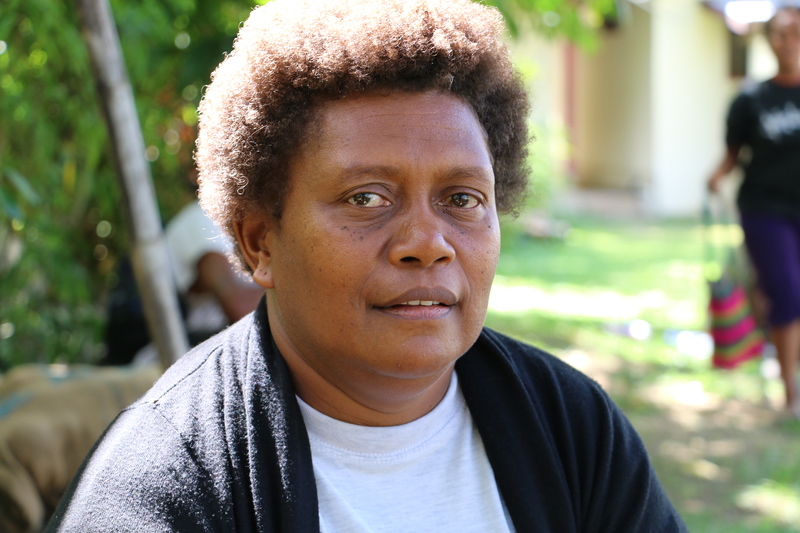 Marilyn Tari arrived by boat in Santo at 1am on Sunday. She had to choke back tears during our interview saying she didn't know when she would see her home again. Photo: RNZI / Koroi Hawkins 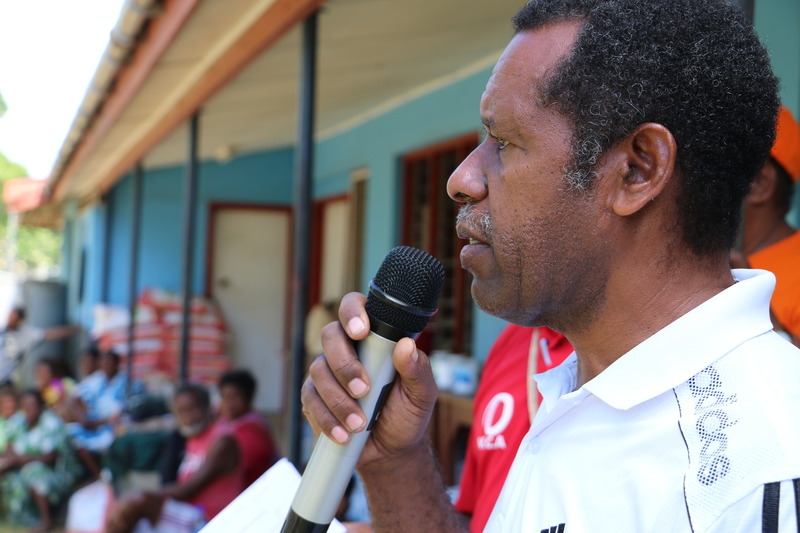 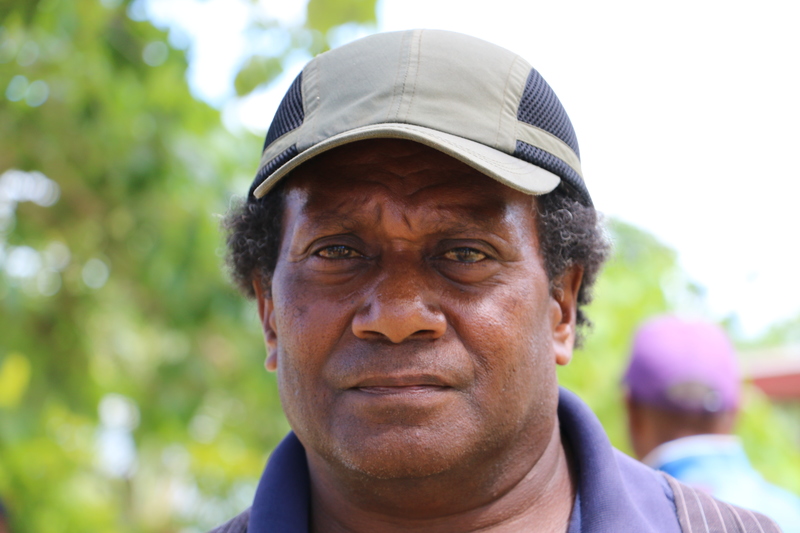 Jerome Bani is from Central Ambae, right next to the volcano. He said when it erupted it covered his village with ash contaminating their water supply and ruining their food and crops. Photo: RNZI / Koroi Hawkins 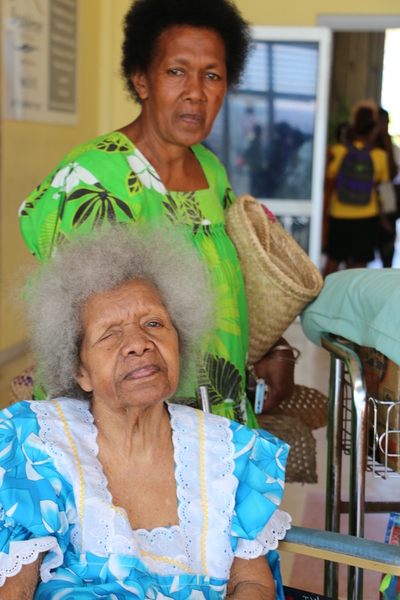 Clementine and her mother Lina who is in a wheelchair arrived in Santo on a private charter flight. Photo: RNZI / Koroi Hawkins 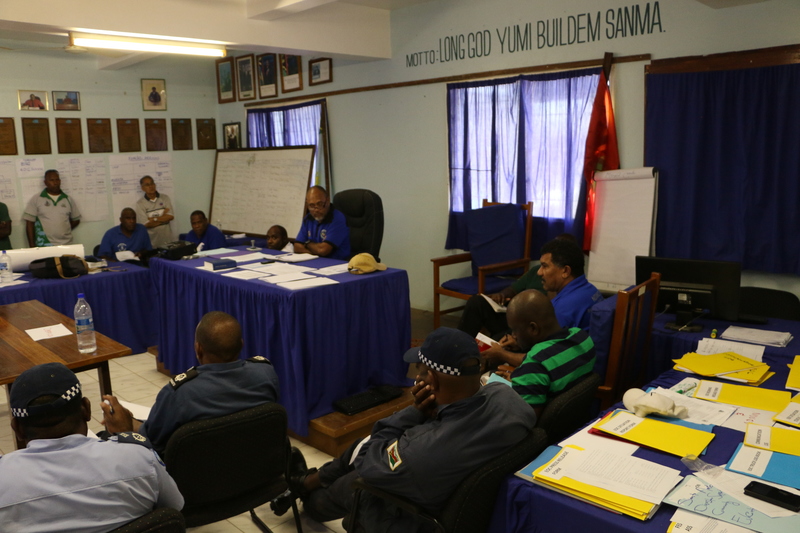 A provincial disaster planning meeting on Santo. Authorities are struggling to keep track of evacuee numbers and the lack of shelters is a primary concern. Photo: RNZI / Koroi Hawkins

The Pacific nation's government has ordered a mass evacuation of Ambae, after about a week of escalating volcanic observations of Monaro Voui.

A state of emergency was declared on 26 September.

The first boatloads arrived at 1am this morning, with over a 1000 men, women and children disoriented and distraught at having been uprooted from their homes.

"One woman I spoke to broke down in tears telling me she did not know if she would ever see her home again," said Koroi Hawkins.

"One man said Ambae is like an engine room with the volcano rumbling constantly between eruptions."

What will happen to pets, poultry and livestock when everyone's gone from #Ambae? No one knows. pic.twitter.com/T4wt6sE7Lo

Nine more boats carrying up to 2000 more people departed Ambae this morning, at least seven of them are expected to arrive in Santo this afternoon. Others are heading to the nearby islands of Pentecost and Maewo.

Meanwhile, local authorities are having trouble keeping track of the number of people leaving Ambae as private charter flights are flying out the sick and elderly.

The Red Cross on Santo said the 19 evacuation centres available on the island were nowhere near enough for the thousands expected later today, let alone by the end of the week.

Pilot Adam Reid made 18 lifesaving flights yesterday. No rest, no food. He was out again today at first light. #Ambae #volcano pic.twitter.com/iBCeU0kXuF

The director of the Vanuatu national disaster management office, Shadrack Welegtabit, said the main focus for now was getting everybody off the island but he said they were seeking international expertise to help manage the camps once they were properly established.

Authorities said it would take up until Friday to get everybody off the island but the challenge of feeding and housing everyone was already putting a strain on local resources with requests for additional funding already being raised in local planning meetings.

Meanwhile, senior students evacuated from Ambae needed to prepare for their exams in a few weeks time. Authorities are organising classes and lodging for them but one student, a young girl with tears in her eyes, said she did not want to be separated from her parents and she did not feel like going back to school because she had no books, no school uniform and no stationery.