Tuvalu's prime minister, Enele Sopoaga, says countries need to work together to ensure the US stays in the Paris climate change agreement. 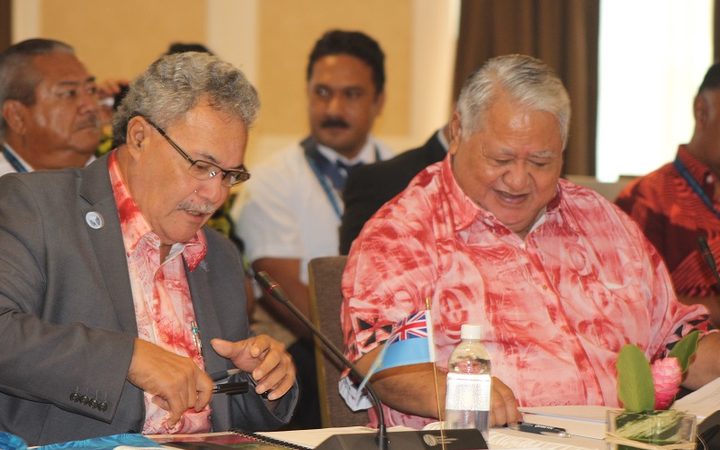 Mr Sopoaga, who leads a country already experiencing sea level rise, is at the Pacific Forum leaders summit in Apia where climate change is on the agenda.

He said given the US president Donald Trump's dismissal of the agreement, nations needed to work multi-laterally to ensure there is trust and respect in the interests of saving humanity.

"I think we have a great task at hand to stand up and try to regain the confidence of the American people to come around. And they are still party to the Paris Agreement. They haven't pulled out, you know it will take like four years, five years for them to pull out, and they are going to be there in the convention processes."

Mr Sopoaga said the Paris Agreement was reached with critical input from people like the former Secretary of State John Kerry and former President Barack Obama.