Tonga's caretaker prime minister has sacked his deputy and another minister, only weeks out from an early election. 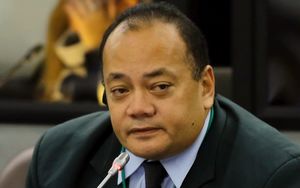 'Akilisi Pohiva has given no reason for asking King Tupou to revoke the appointments of Siaosi Sovaleni and Tevita Lavema'au.

The demotions of the two MPs were first reported on Friday, but caretaker prime minister, 'Akilisi Pohiva, yesterday denied the reports, saying they were false.

However, two letters obtained by RNZ Pacific - signed and stamped by Mr Pohiva - contradict that, with Mr Pohiva writing that he asked the King to revoke their appointments on Friday.

The man asked to take over as finance minister, Pohiva Tu'ionetoa, confirmed the sackings, but says his appointment is yet to be confirmed by the King.

Tongans will go to the polls in two months, after the King's decision to dissolve parliament a year early. 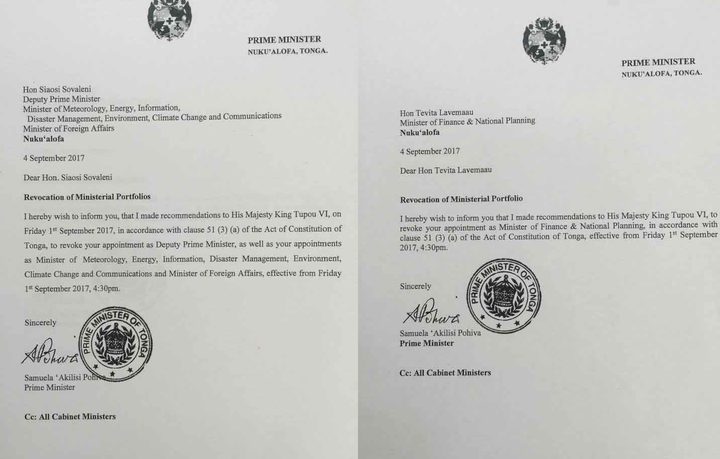 The letters sent to the two MPs Photo: Supplied