The interim Prime Minister of Tonga 'Akilisi Pohiva has hinted he may not stand in the upcoming elections, ending his record as the longest serving MP. 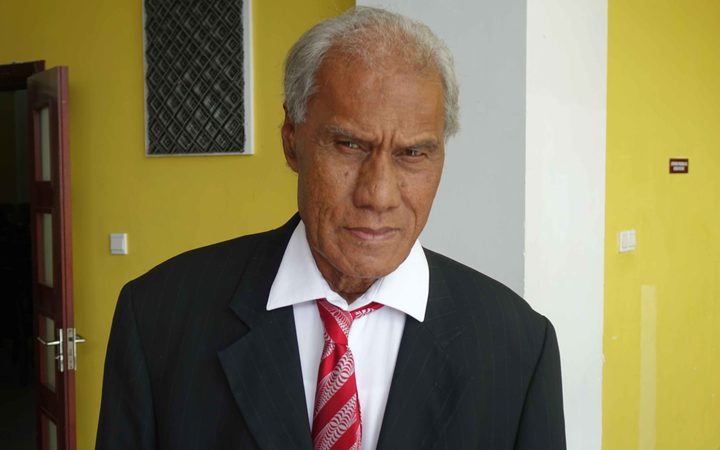 Last week King Tupou VI ordered fresh elections by November 16 after being approached by the Speaker of the House Lord Tu'ivakano who claimed the government had acted unconstitutionally.

Mr Pohiva denied Tu'ivakano's claims but said he would not challenge the dissolution, saying the public could now discuss the issues and make up their own minds.

The 76 year old has also stepped back from statements that he would stand again, now saying he will talk to his parliamentary colleagues, party and family about the future.

Mr Pohiva said retirement had been on his mind and the dissolution could be a blessing in disguise.

"Because I was thinking about retiring and now I should continue on, just to complete my term."

Pohiva welcomes reasons given for dissolution

Mr Pohiva said the drama of the past week was to be expected as part of the growing pains of democratic reform and he has welcomed the reasons given for the King's decision.

The King made the decision last week without giving reasons after the Speaker of the House, Lord Tu'ivakano, approached him with concerns about the government.

On Tuesday, Tu'ivakano clarified by saying the government had made a series of unconstitutional moves since coming into office in 2014 and was trying to concentrate power within cabinet.

In a bill tabled last week, the government proposed that it make appointments like the Police Commissioner and Attorney-General, which are currently made by the King under advice from the Privy Council, an elite group of royal appointees.

The Speaker also claimed the government had tried to bypass the King by signing a UN convention on women's rights called CEDAW and the regional trade agreement, PACER-Plus.

Mr Pohiva denied the accusations but said he was satisfied the public now knew the reasons for the dissolution.

Former government adviser and democracy advocate Lopeti Senituli had suggested the dissolution was over the top and that Mr Pohiva should file for a judicial review.

But Mr Pohiva ruled out a judicial challenge.

"I don't think that it is appropriate at this point in time. I think I am happy with what has happened. That doesn't mean that I fully accept it. [But] this is an issue for another time, not now."

The dissolution was part of the process towards greater democracy in Tonga, said Mr Povia, who argued he was trying to protect the royal family and not weaken its authority.

He said in the past, the Privy Council had not given the best advice.