The Papua New Guinea Hunters have some unfinished business to attend to in their final match before the start of the Intrust Super Cup playoffs.

The Hunters clinched their first minor premiership with a home win against Wynnum Manly last weekend, earning them a bye in the first week of the finals.

Head coach Michael Marum said he considered resting a few key players for tomorrow's match away to bottom club Tweed Heads but decided to stick with a full-strength line-up in an effort to maintain momentum leading into the knockout rounds.

"Three finals games, we haven't won one so two in 2015 against the Blackhawks and Jets and also one last year so that was disappointing."

"We understand it's going to be tough again. (It's a) different ball game, finals football, but our focus now is just on our last remaining game this weekend against the Tweed Heads. Get them out of the way and then we can focus on that (finals series) but everyone needs to step up," he said. 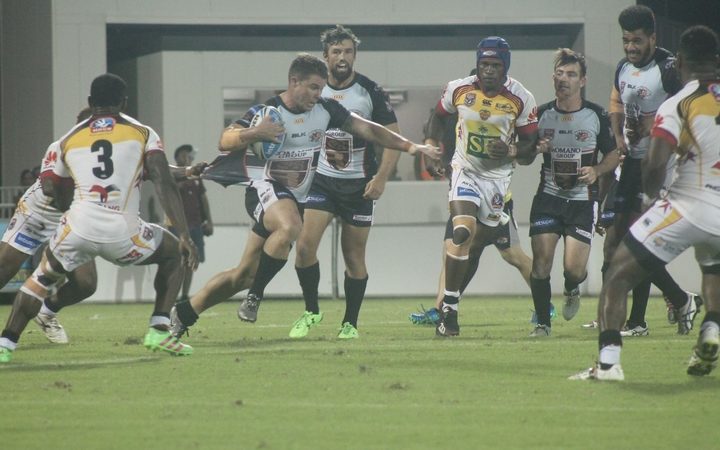 The PNG Hunters were upset at home by the bottom-placed Tweed Heads Seagulls back in June. Photo: RNZI / Melvin Levongo

The Seagulls came away from Port Moresby with a shock 14-10 victory when the teams last met in June and Michael Marum is hoping the chance to even the ledger will be enough to keep his players motivated.

"It's a bit of payback time for us. We just have to go down there and play well and play together as a team and finish off the regular season really well, and if we can take that game to our finals."

"There was a lot of errors in (last weekend's) game and we need to fix that, and against Tweed Heads is the perfect," he said.

The top six teams for the playoffs have already been decided, with Redcliffe and Easts still bidding to join the Hunters in avoiding the first round of sudden death finals.

The Hunters will host the second place team in Port Moresby in a fortnight, with the winner of that match advancing directly to the grand final.