The American Samoa government has failed to have a balanced budget at the close of fiscal year 2016. 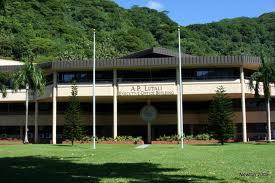 An audit showed it ended the year with a deficit of $US3.1 million after reducing it from the year before when it was just over nine million.

Revenue had dropped by $US10 million to a total of $US259 million.

Having a balanced budget has been one of the major goals of the government and was a factor in the rating and repayment of the American Samoa Economic Development Authority bonds.

The government's capital assets, which included land, buildings and structures, increased by almost six percent to $US370 million.