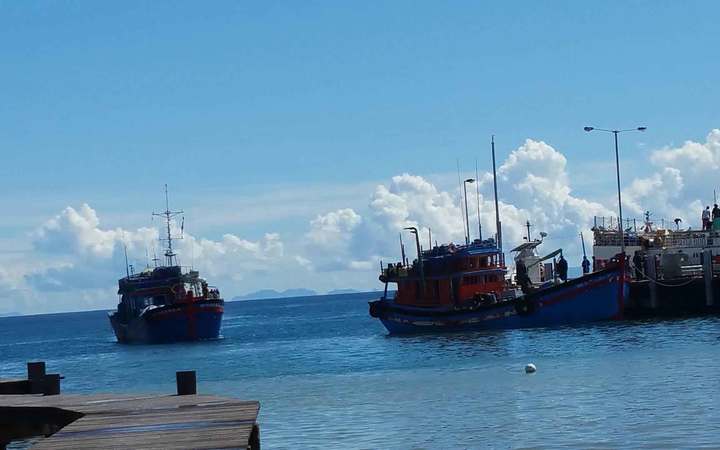 The three Vietnamese captains who pleaded guilty to a raft of poaching charges in Solomon Islands will be sentenced today in the High Court.

Do Van Va, Vo Van Vi, and Nguyen Nguyen were charged under various sections of the Fisheries Management Act 2015 and Fisheries (Amendment) Regulation 2009.

The maximum penalty for their offences range from $US1,2000 to $US1.5 million or five years imprisonment.

The three captains and their crews were caught by police on 26 March of this year for taking beche-de-mer and other marine resources from the Indispensable Reefs south of Rennell Island.

The Solomon Star said some crew members were deported from Solomon Islands after they were convicted of poaching.