Pacific countries affected by coastal poachers from Vietnam are meeting in Australia this week to seek a solution to the problem. 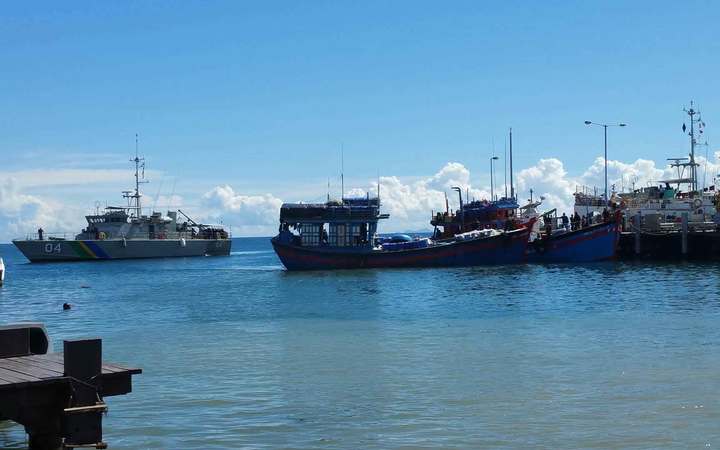 The so-called blue boats' main target is beche de mer which dried can sell for more than $US2000 a kilogram in China.

The latest arrest of these so-called reef robbers was in Solomon Islands in March when three vessels were caught.

Earlier this year there were also multiple arrests in New Caledonia where French naval surveillance reported spotting at least 70 boats in operation.

Government officials from affected countries, including the Federated States of Micronesia, the Marshall Islands and Palau, are being hosted in Australia this week by the Forum Fisheries Agency and the Pacific Community in a bid to better co-ordinate the region's response to the poaching.

These countries have been calling on Vietnam to take responsibility for its own boats.